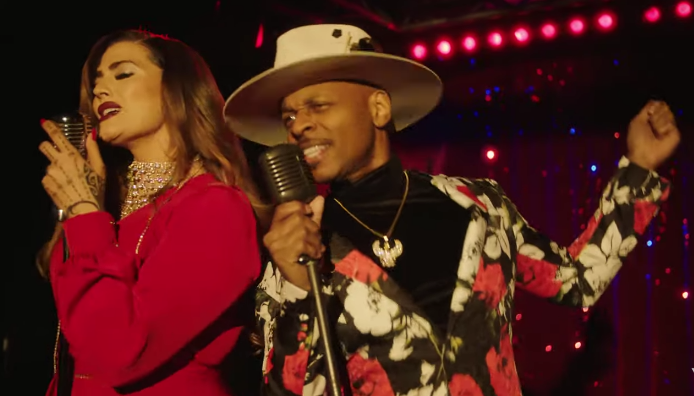 Multi-Grammy nominated singer, songwriter, and producer Stokley released his new single Cascade ft. R&B songstress The Bonfyre.  Produced by Stokley and written by the hit writing duo/artists Shakespeare! the single is infused with the purest form of R&B music and with a fresh twist reminiscent of great duets by the likes of Prince & Sheila E., Babyface & Toni Braxton, Rick James & Teena Marie, Alexander O'Neal & Cherrelle, Deborah Cox & RL among others. The accompanying video, directed by Josh Sikkema, takes a futuristic look at love, breakups, and makeups.

Donna Missal gives an emotional live performance of “Let You Let Me Down” in her new video, released today. The striking clip was directed by English filmmaker Rodrigo Inada, who also helmed Donna’s “How Does It Feel” video.

Critically acclaimed singer songwriter Sam Dew today unveils his third new track "DJ", along with a music video. The music video for "DJ" was directed by Young Replicant and completes the storyline laid out initially in the music video for Dew's track "NTWFL" and furthered along with his most recent release of "Gone."

Sevana releases a brand new visual for one of her most personal records to date "Set Me On Fire." Captured on a Californian shoreline by director Yoram Savion, the Jamaican-born singer recalls an abusive relationship from her past in order to heal for the future. "Set Me On Fire" is produced by Protoje, J.L.L. and Paris La Mont Dennis II.

Kito, VanJess and TresChannel team up on the infectious new single “Recap,” released today via Astralwerks. The Australian-born, Los Angeles-based producer has conjured up a soulful, syncopated sliver of pop perfection that suggests when a relationship gets too complicated, it’s time for a “recap” – a return to the beginning and the early joys that first sparked romance.

With the release of his debut music video and single "Beautiful Stranger," blue-eyed soul singer Malek Hanna announces his arrival on the LA music scene, after years of collaboration with some of entertainment's biggest stars. "Beautiful Stranger" was produced by master class guitarist Xavier Cevrin and co-written by Raed Saade.