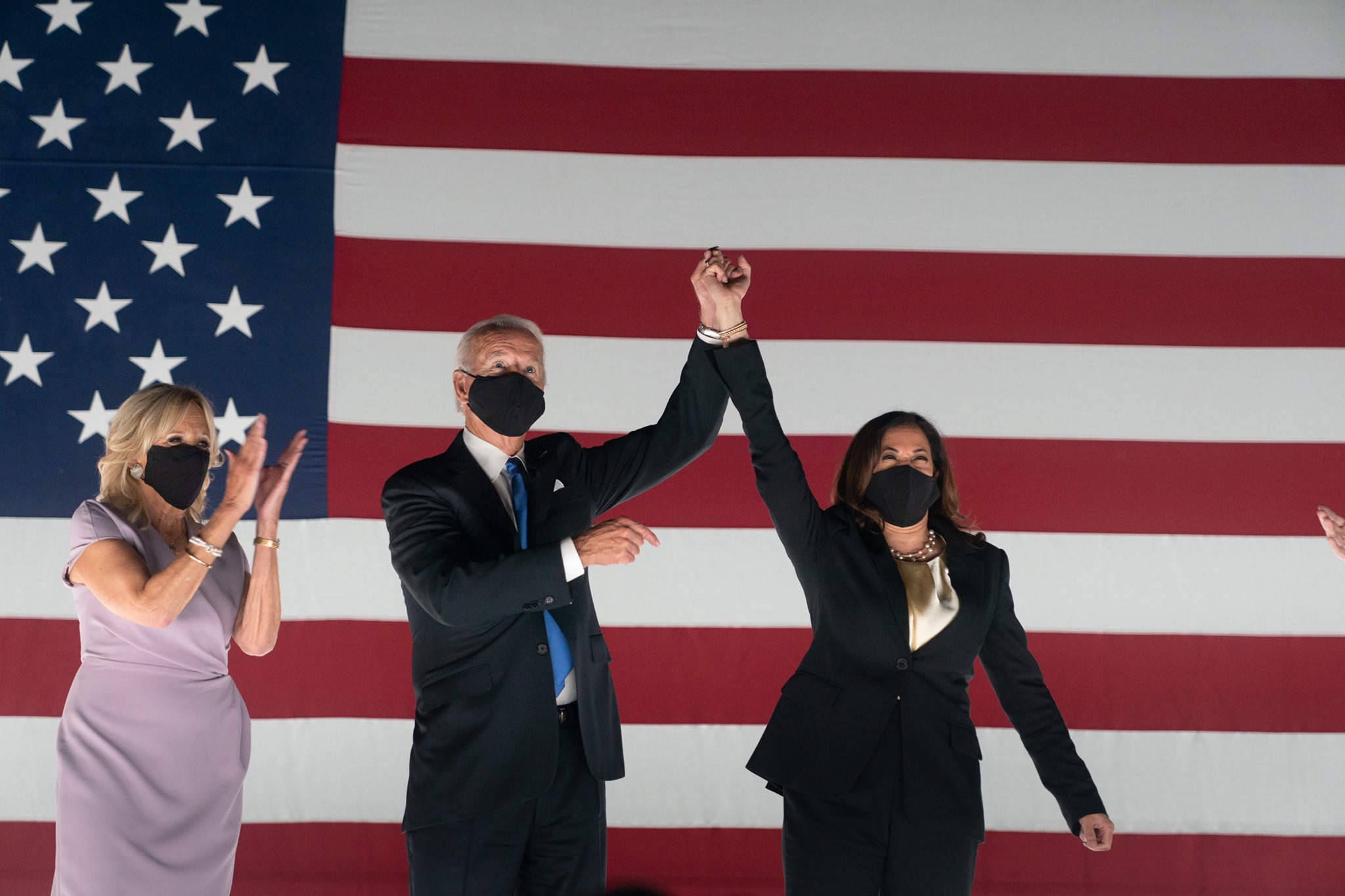 Today, the Presidential Inaugural Committee (PIC) announced the inauguration of Joseph R. Biden, Jr. and Kamala D. Harris will conclude with a primetime program, CELEBRATING AMERICA, which will take place at 8:30-10:00 PM, ET/PT on January 20 to celebrate the beginning of a new national journey toward an America united. The program will showcase the American people's resilience, heroism, and unified commitment to coming together as a nation to heal and rebuild.

Hosted by Tom Hanks, this 90-minute primetime program will feature remarks from President-elect Biden and Vice President-elect Harris, and include remarks and performances that represent the rich diversity and extensive talent America offers, including:

Through different segments and performances, the program will highlight the strength of our democracy, the perseverance of our people, and our ability to come together during trying times and emerge stronger than ever before. The program will celebrate American heroes who are helping their fellow Americans through this crisis, including frontline workers, health care workers, teachers, citizens giving back, and those who are breaking barriers.

The program will be carried live by ABC, CBS, CNN, NBC, and MSNBC. It will be streamed live on PIC social media channels: YouTube, Facebook, Twitter, and Twitch. The PIC's streaming partners, including Amazon Prime Video, Microsoft Bing, NewsNOW from Fox, and AT&T DIRECTV and U-verse, will also be carrying the program live.

"This inauguration presents a unique opportunity to spotlight the resilience and spirit of an America United. We have witnessed countless heroes this past year step up to the frontlines and serve their fellow Americans, so we are telling their stories, spreading their collective light, and celebrating the best of our country and its people with this prime-time program. Our first priority is safety — so while many of us will be watching safely from our homes, we are creating real moments of connection that highlight a new inclusive American era of leadership that works for and represents all Americans," said PIC CEO Tony Allen.

The CELEBRATING AMERICA program is a capstone of "America United," the inauguration of the 46th President of the United States, Joseph R. Biden, Jr. This inauguration represents the beginning of a new national journey, one that restores the soul of America and brings Americans together. The PIC will announce additional performances and further details about how Americans can participate in the coming weeks.

The inauguration of Joseph R. Biden, Jr. and Kamala D. Harris will showcase the American people's resilience, heroism, and unified commitment to coming together as a nation to heal and rebuild so that we emerge as the indomitable force that a united America represents.

Over the course of five days of programming, "America United" activities will honor our traditions while safely allowing more Americans than ever before to participate from their own homes. These activities include, "United We Serve," a National Day of Service on January 18, Martin Luther King Jr. Day; a nationwide COVID-19 Memorial to Lives Lost on January 19; and the official Inaugural Ceremonies, a wreath laying on Arlington National Cemetery, and a "Parade Across America" on January 20. The events will culminate with the "Celebrating America" program. The PIC will also install an extensive public art display — a "Field of Flags," which will cover the National Mall up to 13th Street – to represent the American people who are unable to travel to Washington, DC.

The Presidential Inaugural Committee (PIC) 2021 is a 501(c)(4) non-profit organization and separate entity from the Biden-Harris Transition charged with planning and executing activities surrounding the inauguration of President-elect Joe Biden and Vice President-elect Kamala Harris.