‘America’s Most Wanted’ Returns To FOX 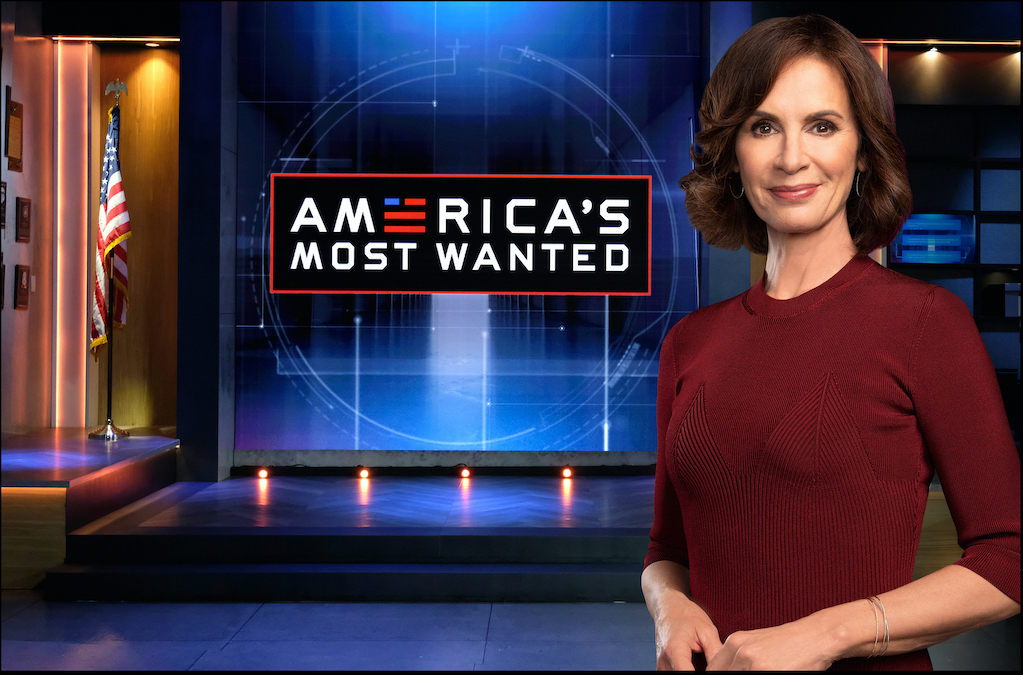 Each week, Vargas will ask for viewers' help as she breaks down cases from the show's new headquarters, consulting with a team of experts representing law enforcement units such as the FBI, U.S. Marshall's Office and Secret Service. Returning at a time when social media and technology loom large in the public consciousness, AMERICA'S MOST WANTED will offer a unique and urgent opportunity for viewers to be armchair detectives by helping law enforcement solve some of the toughest cases.

Deploying a myriad of advanced, modern-day developments in technology over the last several years, the series builds on its original format, in which crimes are reenacted, by utilizing new state-of-the-art crime-fighting technology, such as augmented reality and 3-D life-size avatars that will illustrate what suspects might look like now, pinpoint map-tracking that will take the audience hot-on-the-trail of suspects, and social media that connect viewers to the AMERICA'S MOST WANTED team at lighting-fast speed. Viewers at home can attempt to aid in the pursuit of justice by using social media to try and help law enforcement track down culprits and keep America's neighborhoods safe.

"AMERICA'S MOST WANTED empowered viewers to help America successfully capture some of its most dangerous fugitives," said Wade. "By bringing back this groundbreaking series with new and effective tech-based crime-fighting tools and acclaimed journalist Elizabeth Vargas, we hope to continue John Walsh's long-standing mission to be a powerful voice for crime victims everywhere."

"Capturing dangerous fugitives, bringing justice to victims and finding missing children is my lifetime's work," said John Walsh.  "I am so excited to hear AMERICA'S MOST WANTED is coming back and I support its return. God bless."

Among its many accomplishments, AMERICA'S MOST WANTED has helped capture more than 1,186 criminals, including 17 on the FBI's Ten Most Wanted list. It also has reunited 43 missing children with their families.

Vargas hosted the ABC news magazine "20/20" for 15 years. Prior to that, she was the anchor of ABC's "World News Tonight" and the news anchor on ABC's "Good Morning America." She has traveled the world covering breaking news stories, reporting in-depth investigations and conducting news-maker interviews with world leaders, interviewing everyone from the President of the United States in the Oval Office to the President of Afghanistan.  She anchored ABC's "World News Tonight" from Iraq during that country's first democratic election in years.  She won an Emmy for her live coverage of the Elian Gonzales raid, a Peabody Award as part of ABC's team covering the Millennium and an Edward R. Murrow Award for breaking news coverage of Hurricane Katrina.  Before ABC, Vargas worked at NBC News as a correspondent for "Dateline," and as the anchor of NBC's "Weekend News." Most recently, she was named host of "A&E Investigates."  She is a best-selling author and the host of the podcast "Heart of the Matter." She is on the Board of Directors of Partnership To End Addiction.

After AMERICA'S MOST WANTED linear telecasts, it will be available on FOX Entertainment's streaming platform, Tubi, as well as On Demand, FOX NOW and Hulu. On Demand episodes are available for customers of AT&T TV, Cox, DIRECTV, DISH, Hulu Live, Optimum, Spectrum, Verizon FiOS, XFINITY, YouTube TV and many more.