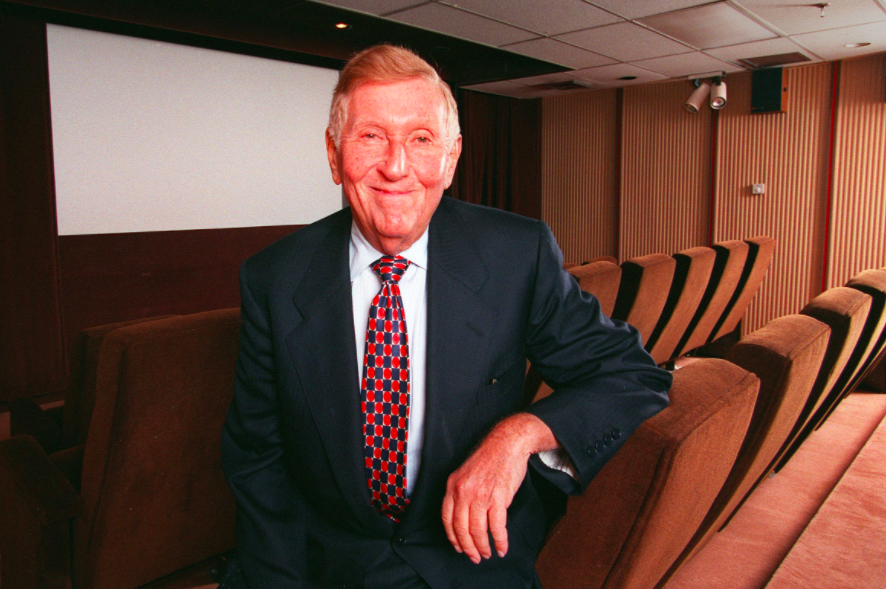 Sumner Redstone, the media executive whose company, National Amusements, Inc., acquired Viacom and CBS has died at the age of 97.

After practicing law, Redstone joined the family business at his father’s company, National Amusements, Inc., in 1954, and in 1967 he became its president and CEO.

He transformed NAI into one of the largest movie theatre chains in the U.S. Redstone built new movie theatres near suburban shopping malls. He sued and won over Hollywood studios for the right to show first-run movies. He then began acquiring large shares in studios. Moments after viewing Star Wars in 1977, he ordered 25,000 shares in the film’s sponsoring studio, 20th Century Fox.

According to Brittanica bios, Redstone had borrowed against his Blockbuster shares to acquire Paramount Pictures in 1993. In 1999 Viacom purchased CBS for $37 billion—the largest entertainment merger up to that date—which made it a peer of American media leviathans TimeWarner and the Walt Disney Company.

Redstone served as chairman of both companies until 2016.

Viacom said in a statement: ViacomCBS Inc. mourns the passing of Sumner M. Redstone, its Chairman Emeritus, and Chairman and CEO of National Amusements, the controlling shareholder of ViacomCBS.

Bob Bakish, President and CEO of ViacomCBS, said: “Sumner Redstone was a brilliant visionary, operator and dealmaker, who single-handedly transformed a family-owned drive-in theater company into a global media portfolio. He was a force of nature and fierce competitor, who leaves behind a profound legacy in both business and philanthropy. ViacomCBS will remember Sumner for his unparalleled passion to win, his endless intellectual curiosity, and his complete dedication to the company. We extend our deepest sympathies to the Redstone family today.”

For nearly 30 years, Mr. Redstone led Viacom as Executive Chairman of the Board following National Amusements Inc.’s acquisition of a controlling stake in the company in 1987. He also held the position of CEO from 1996 until 2005, during which time Viacom merged with CBS Corporation in 2000. Upon the separation of the two companies in December 2005, Mr. Redstone served as Executive Chairman of the Boards of CBS and Viacom. In February 2016, Mr. Redstone assumed the role of Chairman Emeritus for both companies.