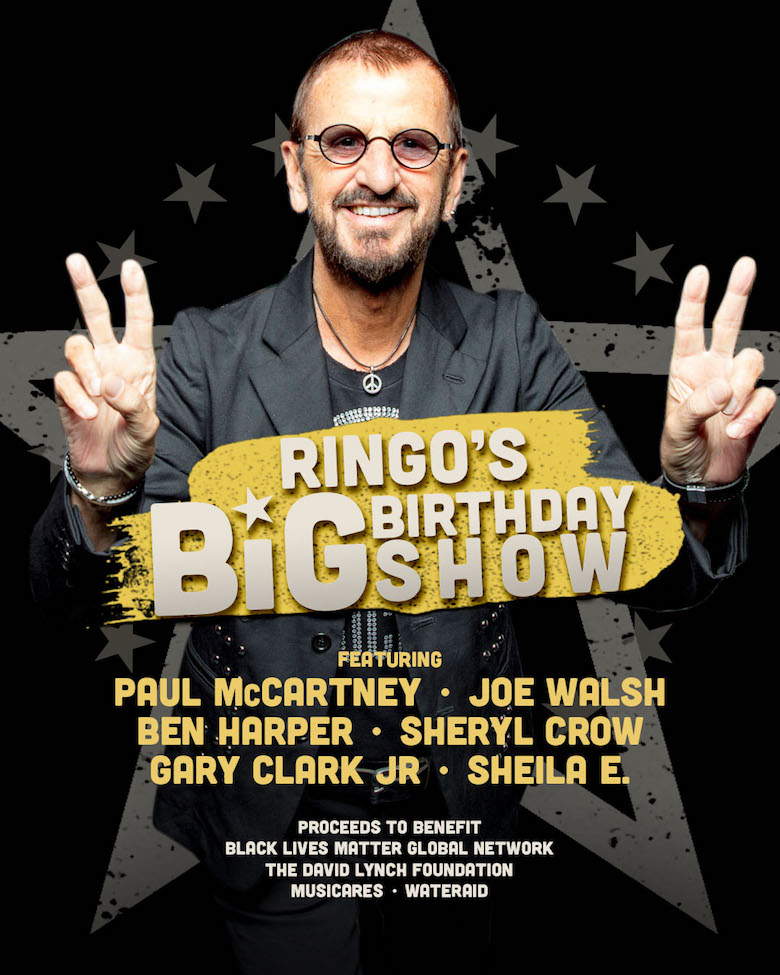 “As everyone knows I love gathering with fans for peace and love on my birthday. But this year, I want everyone to be safe at home –  so I called up a few friends and we put this Big Birthday Show together so we could still celebrate my birthday with you all, with some great music for some great charities. I hope you will all join me! Peace and Love, Ringo.”

Additionally there will be a playlist of unique tribute performances on Ringo's YouTube channel. This will include musicians who have previously recorded Ringo's songs, performances from past birthday celebrations as well as some new versions which artists will be posting on their socials.  Look for musical tributes from Ben Folds, Ben Dickey, Bettye LaVette, Colin Hay, Elvis Costello, Gregg Rolie, Judy Collins, Peter Frampton, Richard Marx, Steve Earle, Steve Lukather and many more.

2013 – Online celebration including a video message from Ringo