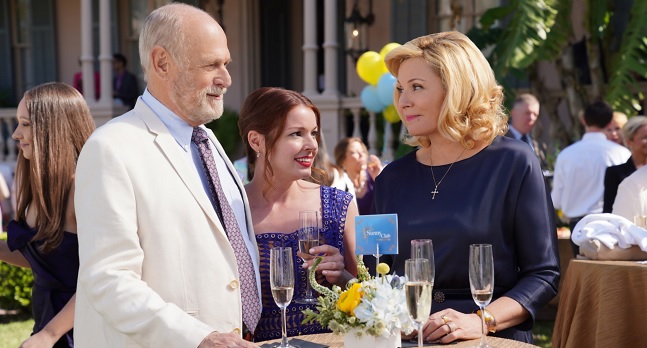 Responding to real-time shifts in the marketplace, FOX, this season’s #1 network among Adults 18-49, and the only network to experience year-to-year growth in the demo and Total Viewers, is announcing its Fall 2020 schedule.

The all-new series premiering this fall are NEXT and FILTHY RICH.

From creator and executive producer Manny Coto (“24: Legacy”), executive producer Charlie Gogolak (“This Is Us”) and executive producers and directors John Requa and Glenn Ficarra (“This Is Us”), NEXT is a propulsive, fact-based thriller about the emergence of a deadly, rogue artificial intelligence that combines pulse-pounding action with a layered examination of how technology is invading our lives. The event series stars Emmy Award nominee John Slattery (“Mad Men”) as a Silicon Valley pioneer, who discovers that one of his own creations – a powerful A.I. – might spell global catastrophe. He teams up with a cybercrime agent (Fernanda Andrade, “The First”) to fight a villain unlike anything we’ve ever seen – one whose greatest weapon against us is ourselves.

FILTHY RICH is a southern Gothic family soap in which wealth, power and religion collide – with outrageously soapy results. When the patriarch (Emmy Award winner Gerald McRaney, “This Is Us,” “24: Legacy”) of a mega-rich Southern family, famed for creating a wildly successful Christian television network, dies in a plane crash, his wife (five-time Emmy Award nominee and Screen Actors Guild and Golden Globe winner Kim Cattrall, “Sex and the City”) and family are stunned to learn that he fathered three illegitimate children, all of whom are written into his will, threatening their family name and fortune.

From the universe of the Jerry Bruckheimer “Bad Boys” franchise and Sony Pictures Television, the one-hour series L.A.’S FINEST follows Syd Burnett (Gabrielle Union), last seen in Miami taking down a drug cartel, who has seemingly left her complicated past behind to become an LAPD detective. Paired with a new partner, Nancy McKenna (Jessica Alba), a working mom with an equally complex history, Syd is forced to confront how her unapologetic lifestyle may be masking a greater personal secret. Taking on the most dangerous criminals in Los Angeles while skirting the rules, and speed limits, Syd and Nancy become a force to be reckoned with – on the streets, and in each other’s lives.