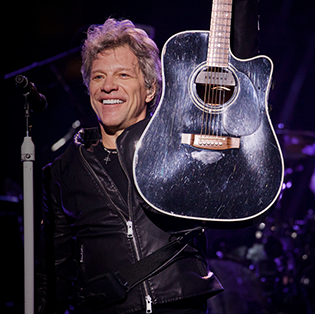 Superstar celebrity and rock icon Jon Bon Jovi and his wife have announced that they will be starting a food pantry on the East End of Long Island after a massive spike in unemployment caused by the coronavirus shutdown has led one in five families in the United States to be food insecure.

More than 20 million Americans are now unemployed, with numbers rising weekly. Food pantries are seeing massive spikes in demand and shortages of volunteers as COVID-19 has led people to be wary of gathering together to help.

One in three food banks have been shuttered causing fewer food banks to bare the burden of increased demand. Milk, Groceries, and Egg prices have skyrocketed, hurting the disadvantaged.

Bon Jovi and his wife, Dorothea Bongiovi, said in an interview Tuesday that they have pledged to finance the newly formed JBJ Soul Kitchen Food Bank.

The food bank will operate from space at The Clubhouse in East Hampton donated by the Scott Rubenstein family. It aims to provide food for 5,000 individuals monthly on the South Fork, as well as pre-made Soul Kitchen meals to the homeless or those without access to cooking facilities.

FYI
What You Need To Know: Independent Contractors in California