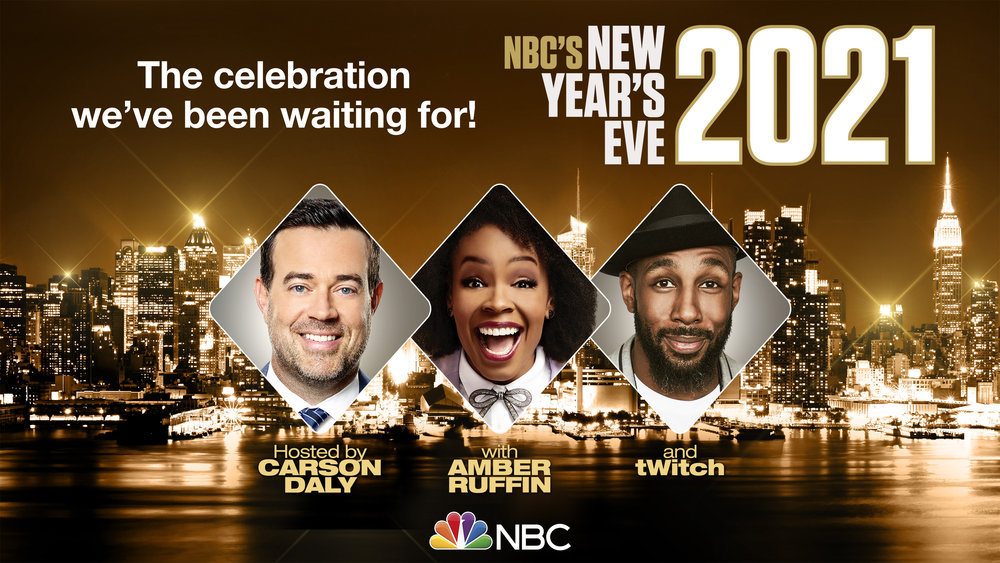 Carson Daly will return to host NBC’s New Year’s Eve special live from the heart of Times Square. Joining Daly as co-hosts will be Amber Ruffin, star of Peacock’s “The Amber Ruffin Show” and writer for “Late Night with Seth Meyers,” and Stephen "tWitch" Boss, DJ and co-executive producer for the “Ellen DeGeneres Show.”

With health and safety the highest concern, there will be no public access to the New Year’s Eve countdown to the ball drop in Times Square. The public is invited to view the national broadcast “NBC’s New Year’s Eve 2021” from home on NBC.