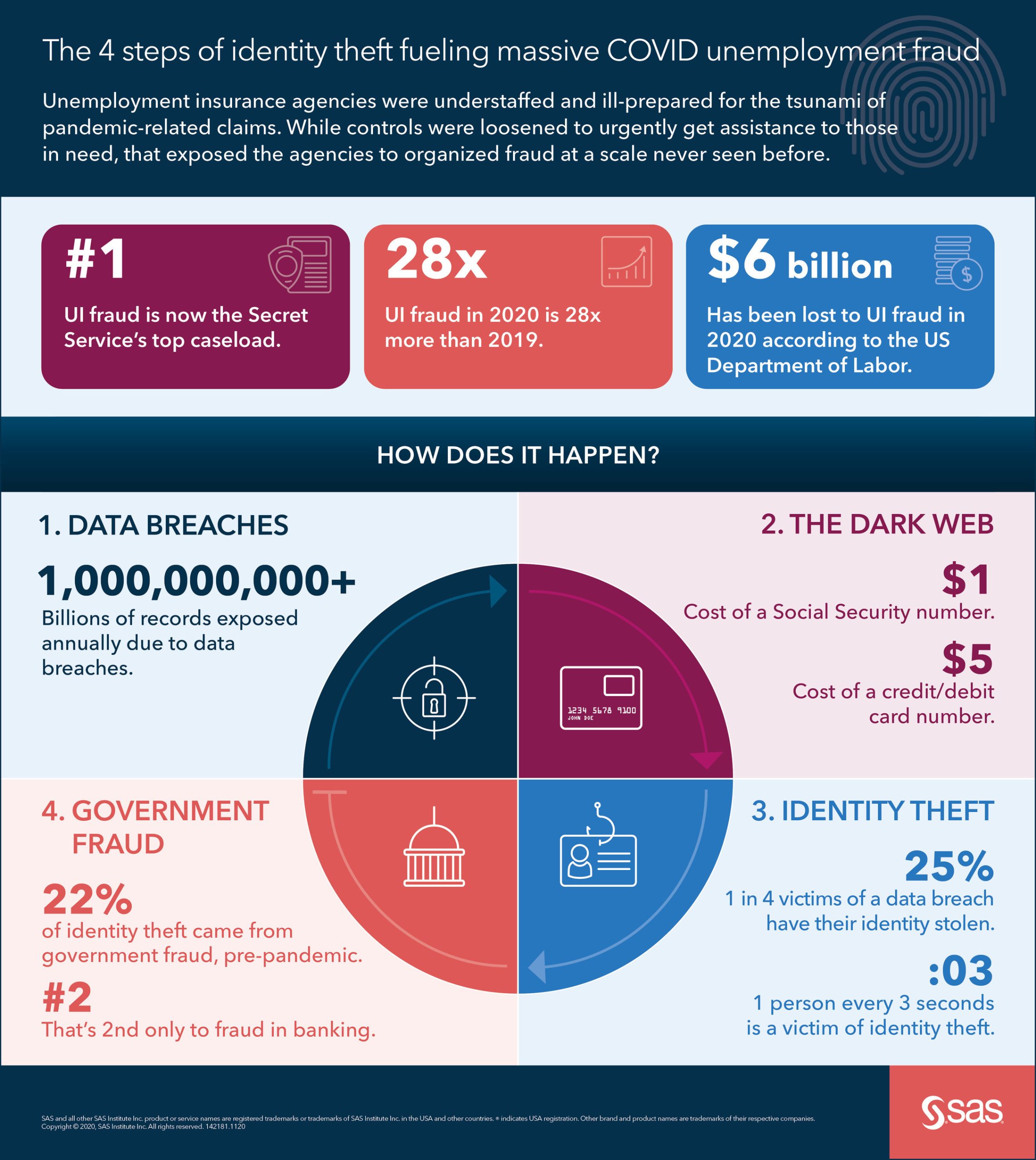 The COVID-19 pandemic's economic fallout has threatened the livelihoods of millions of Americans. However, it has been a windfall for criminals who take advantage of those who need help the most.

Coming off historically low unemployment rates, unemployment insurance (UI) agencies found themselves understaffed and ill-prepared for the claims tsunami caused by the pandemic. Additionally, the CARES Act loosened controls in order to quickly get money out the door. While this was important for urgently getting assistance to those in need, it exposed agencies to fraud perpetrated by organized criminal networks at a scale never seen before, overwhelming fraud prevention efforts.

One of the most common tactics of fraudsters is the use of stolen identity credentials such as names, Social Security numbers and addresses to file claims and open accounts on another person's behalf, then redirect funds to themselves. In many cases, identity thieves sit on vast amounts of stolen credentials, waiting for the perfect opportunity to pounce. COVID-19 has been an opportunity like no other. But for many of the fraudulent claims, the identity theft-to-fraud process began much earlier.

Here are the four steps of identity theft and fraud:

The identity theft fueling rampant unemployment fraud during the pandemic isn't occurring because data was breached in the last month, week or year– it's happening with data that has been stolen, bought, sold, and recombined over the last five years. Criminals have been waiting for an opportunity of this magnitude to present itself and are now taking full advantage.

Analytics and the fight against unemployment fraud

Fraud at this scale and volume requires technology that can sift through and analyze massive amounts of data to identify claims that can be quickly approved, and those that are at higher risk of being fraudulent. With the possibility of another stimulus package looming, sophisticated fraudsters and criminal rings are salivating at the opportunity, armed with millions of bits of stolen personal information.

We must counter their sophistication with our own by applying advanced analytics to millions of claims to identify anomalies and patterns, and flag suspected fraud.

International Fraud Awareness Week is Nov. 15-21. Visit FraudWeek.com to join the effort and to learn more about how to protect your organization. Follow #fraudweek on Twitter to join the conversation.