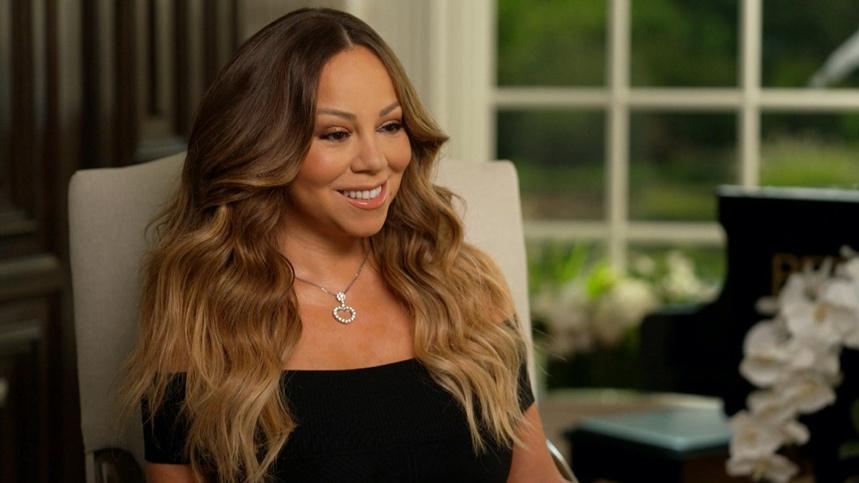 Singer-songwriter Mariah Carey seemingly has it all. But in a new interview with CBS SUNDAY MORNING anchor Jane Pauley, Carey says it wasn't always that way and opens up about her childhood struggles, her marriage to Tommy Mottola, her new memoir and her fans. The interview will be broadcast Sunday, Sept. 27 (9:00 AM, ET/PT) on the CBS Television Network.

Throughout the extreme challenges she faced, Carey says she was always focused on music and success.

"I always knew that I would do this, and it was just a matter of when it was going to happen," Carey tells Pauley. "Because I came from, you know, a broken and dysfunctional family and without money or things that most people had."

Carey, the youngest member of an interracial family, was 3 when her parents divorced. She lived with her mother, a trained opera singer, though they lived in near poverty. She tells Pauley she felt like an outsider, which she dealt with in her songs.

"Because when someone is visually ambiguous like myself, there's a certain, there's a lot of different misconceptions that come with that," Carey says.

Carey also talks with Pauley about how her classmates treated her, including a sleepover with a clique of middle school girls that turned ugly.

"I was so excited and innocently thinking this is going to be great. And then, you know, I just felt utterly betrayed because they cornered me, in order to – just completely derail me and use words we don't say," Carey recalls.

Carey tells Pauley she deals with a lot of issues in her book The Meaning of Mariah Carey that she's never talked about before, even with her closest friends.

Of her 1993 marriage to Sony Music CEO Tommy Mottola, Carey says she "did not have any power in that relationship."

She was 23 and he was 44 when they married. They divorced five years later

In a wide-ranging interview, Carey also talks about songwriting, her movie "Glitter," her personal 9/11 story, and that connection she has with her fans.

"There's no way to describe the relationship that I have with my fans," Carey says of the Lambs (as they're called). "And no, it is not lip service. It is genuine gratitude for them, and for them validating my existence."