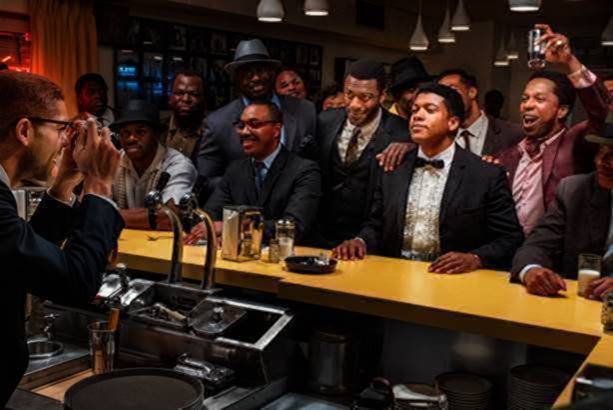 The BFI London Film Festival in partnership with American Express is delighted to announce that the UK premiere of Regina King’s highly anticipated directorial debut ONE NIGHT IN MIAMI will now screen in this year’s programme on Sunday 11th October.

The Amazon Original film, which was the first by a Black female director to screen at the Venice Film Festival, features an exciting cast fronted by Kingsley Ben-Adir, Eli Goree, Aldis Hodge and Leslie Odom Jr., and is produced by ABKCO Films and Snoot Entertainment and will be released by Amazon Studios.

Based on Kemp Powers’ award-winning play of the same name, ONE NIGHT IN MIAMI is a fictional account inspired by the historic night these four formidable figures spent together. It looks at the struggles these men faced and the vital role they each played in the civil rights movement and cultural upheaval of the 1960s.  More than 40 years later, their conversations on racial injustice, religion, and personal responsibility still resonate.

ONE NIGHT IN MIAMI star Kingsley Ben-Adir said: “I’m thrilled that ONE NIGHT IN MIAMI will screen as part of this year's London Film Festival. The conversation that takes place between these great men in this movie is as important now as it’s ever been. It’s extra special being at home, in London, celebrating Regina King’s directorial debut and even more poignant that we premiere this film during Black History Month.”

The 64th BFI London Film Festival in partnership with American Express is taking place from Wednesday 7th October-Sunday 18th October 2020. Over the twelve days the Festival will be its most accessible ever, presenting over 50 Virtual Premieres and a selection of highly-anticipated new feature film previews at BFI Southbank as well as in cinemas across the UK, offering audiences a unique chance to engage with the Festival in different ways.

The Full programme is available at https://www.bfi.org.uk/explore-our-festivals/bfi-london-film-festival . All tickets will be bookable from Monday 21 September 2020.

ONE NIGHT IN MIAMI is directed by Regina King and written by Kemp Powers.