President of OWN Tina Perry Joins Television Academy Board 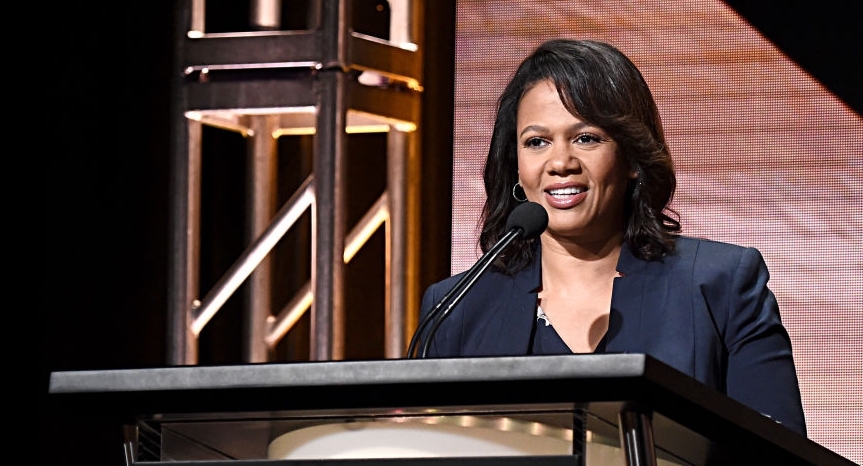 ﻿“Our incoming board members bring extensive business and creative acumen in key sectors of our television industry,” said Madeline Di Nonno, chair of the Television Academy Foundation. “We welcome their thought leadership, strategic guidance and support as the Foundation expands its educational programs and community outreach, which are designed to promote diversity and inclusivity within the television industry and deepen support for the next generation of entertainment leaders.”

Named president of OWN in 2019, Tina Perry oversees all operations and creative areas of the network, reporting to OWN Chairman and CEO Oprah Winfrey. Her leadership is a driving force behind the network’s ongoing evolution to become the leading destination for African American viewers.

She also oversees OWN’s robust digital division including the Watch OWN app, the network’s award-winning website Oprah.com and its growing podcast business. Perry was instrumental in OWN’s successful launch into scripted programming with popular drama series Queen Sugar, Cherish the Day, Greenleaf, The Haves and the Have Nots and Peabody Award-nominated David Makes Man. She oversees the continuing success of the network’s lineup of unscripted hits that include Iyanla: Fix My Life, Love & Marriage: Huntsville, Black Women OWN the Conversation, Family or Fiancé, Black Love, Love Goals and Ready to Love in addition to the Daytime Emmy Award-winning Super Soul Sunday and Home Made Simple. Perry serves on the OWN board of directors, The Paley Center for media’s Los Angeles board of governors, and the board of directors of The Friends of Saban Community Clinic. This year she was named to Ebony magazine’s “Power 100” list, and Multichannel News named her a “Wonder Woman” for 2020.