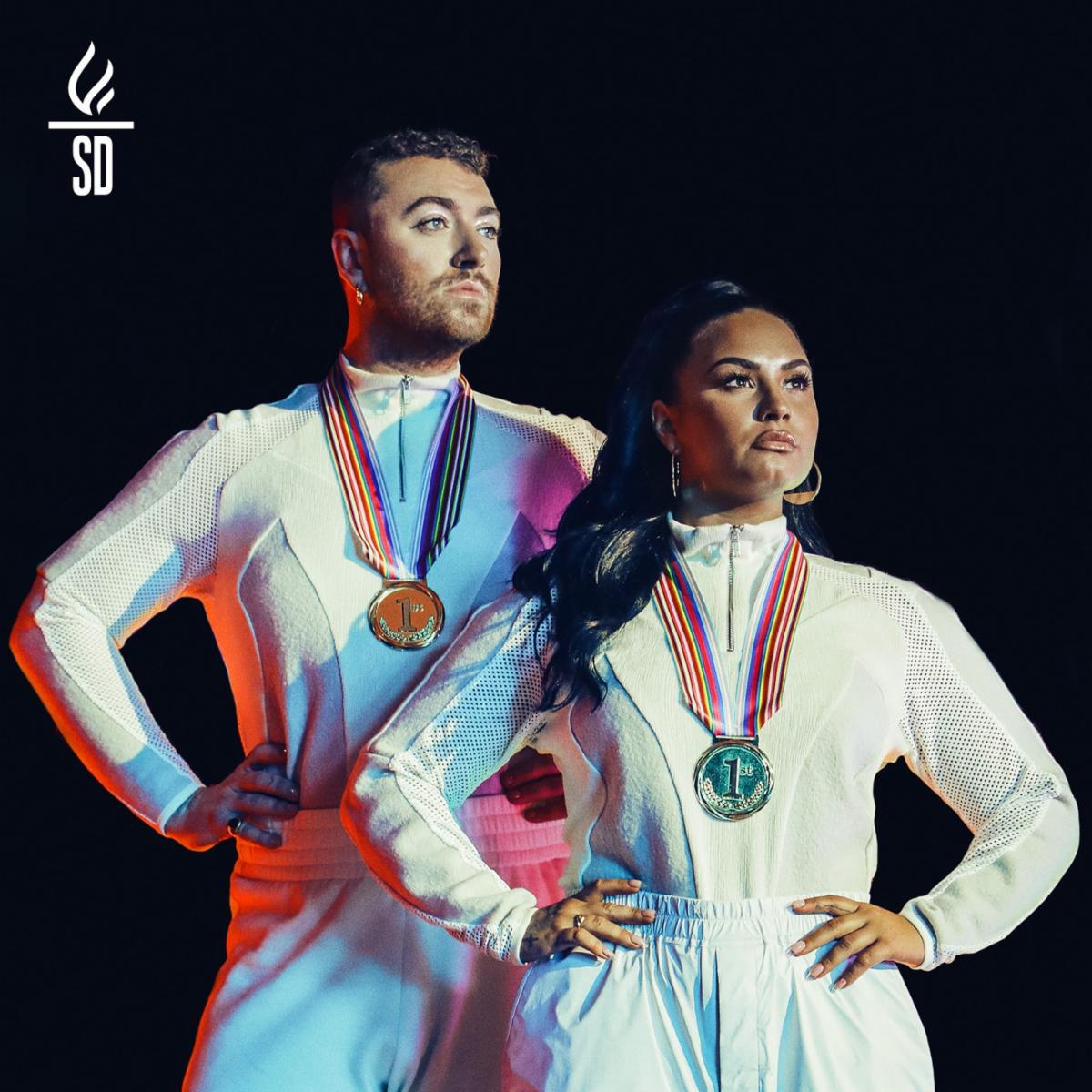 Sam Smith and Demi Lovato team up on Smith’s new single “I’m Ready,” which will be released this Friday, April 17, on Capitol Records. The global superstars announced the collaboration earlier today. The official video for “I’m Ready” – helmed by award-winning director Jora Frantzis (Cardi B, Rosalia) and renowned choreographer Sean Bankhead (Normani, Missy Elliot) – will also be released on Friday. “I’m Ready” will appear on Smith’s third studio album, due out later this year. The single is the first of the new music Smith promised fans in this recent album postponement announcement.
Smith has released a trio of smash singles over the course of the last year. The chart-topping collaboration with Normani, “Dancing with a Stranger,” has sold more than 10 million units and racked up over two billion streams worldwide. It was followed by “How Do You Sleep?,” which has amassed over 600 million global streams, and “To Die For,” which bowed on Valentine’s Day. Since the release of their 2014 debut album, "In The Lonely Hour," Smith has sold over 25 million adjusted albums worldwide. They have won four GRAMMY Awards®, an Oscar, a Golden Globe and three BRIT Awards. Smith’s sophomore album, "The Thrill Of It All," debuted at No. 1 on the Billboard 200 in 2017 and also topped the charts in the U.K, Ireland, New Zealand, Norway, Sweden, the Netherlands and Belgium.
Lovato kicked off 2020 with the debut of her powerhouse ballad “Anyone” during a stripped-down performance at the GRAMMY® Awards, followed by a performance of the National Anthem at Super Bowl LIV, proving that she is back stronger than ever. Most recently, the multi-Platinum, GRAMMY® nominated singer/songwriter released her up-tempo, self-reflective new single “I Love Me,” which was accompanied by a colorful official music video directed by Hannah Lux Davis (Ariana Grande, Drake, Nicki Minaj). Watch HERE.