Listen Up! LIVE FROM QUARANTINE With Walk The Moon, Magic Giant & More 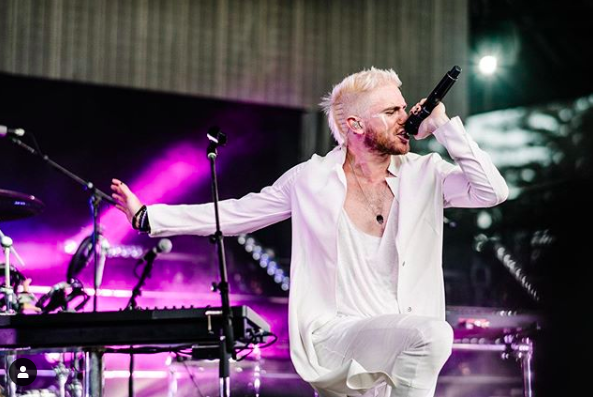 Following the overwhelming support and success of LIVE FROM QUARANTINE WEEKEND 1, alternative band Magic Giant are thrilled to announce the line up for LIVE FROM QUARANTINE WEEKEND 2. The entirely digital music festival will feature appearances from Alex Ebert (Edward Sharpe and the Magnetic Zeros), Hailey Knox, Jonthan Russell (The Head And The Heart), Lauren Ruth Ward, LP, Mondo Cozmo, Vincint, and Nicholas Petricca (Walk The Moon).

The festival will air this Sunday, April 5th starting at 2pm PT. Fans will be able to tune in via a dual livestream on the Magic Giant Instagram (@magicgiant) as well as each artist's individual account. Full lineup can be found below.

LIVE FROOM QUARANTINE WEEKEND 2 will raise money for  Frontline Responders Fund to get hospital workers the much needed protective gear, a campaign set up by Edward Norton and Arnold Schwarzenegger. $1 will be donated per live viewer, up to $15,000.

According to Frontline Responders Fund, "There's a shortage of masks, gowns, gloves and other critical supplies to protect our medical professionals in hospitals. If a member of hospital staff catches the virus and they cannot work for at least 14 days, that's a major problem."

Said Austin Bisnow of MAGIC GIANT, "We're all staying home to isolate from COVID and these frontline responders are going in every day, risking their lives in order to save ours. We wouldn't ask a firefighter to fight a fire without the right gear – we gotta do the same for our hospital workers. I'm just happy we can support them through music, while making people feel connected across the world."

LIVE FROM THE QUARANTINE is meant to channel the same spirit of meaningful hope generated by Live Aid, A Concert for Hurricane Relief, or Earth Day. By leveraging the influence of musicians and entertainers, it aims to promote the optimism needed to uplift spirits and provide help for those who need it. 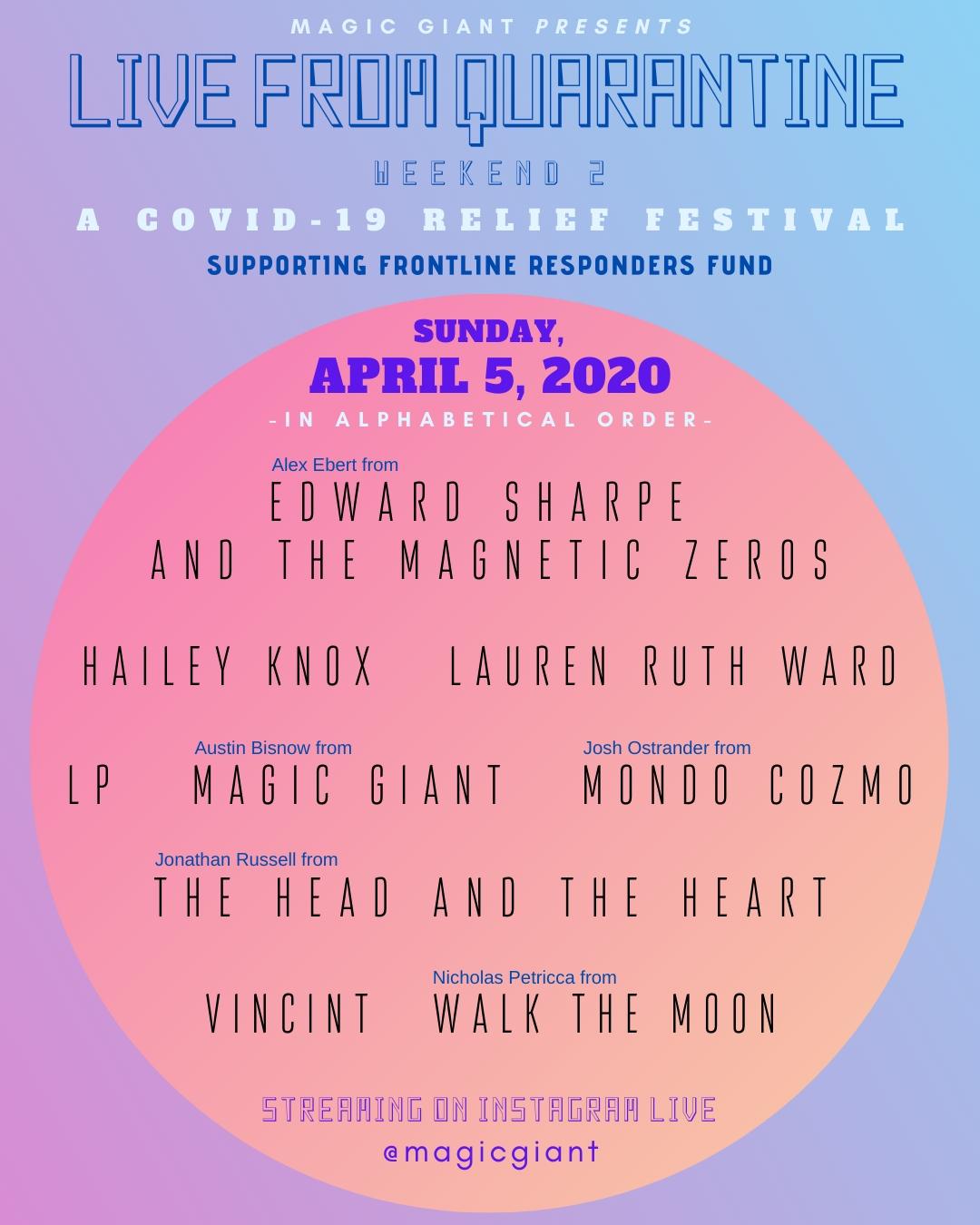 The group made up of Austin Bisnow (vocals/percussion), Zambricki Li (fiddle/banjo), and Zang (guitar) has recently been working on their new album from The Bunker, a 1940's underground bomb-shelter the band converted in Silverlake, CA.

"Disaster Party" blends pop verses with alt-rock hooks while balancing the intrinsic meaning behind the track. Their upcoming album holds notes of growth and "digging deeper."

Telling stories of love, loss, unity, friendship and heartache, the record is sincere and heartfelt. Calling this moment in the group's lives a "marriage," the music reflects the time, dedication and openness the group shared over the course of the making of the album.

MAGIC GIANT have amassed over 60M streams, and been named one of "10 Artists You Need to Know" by Rolling Stone. In addition, the band has played to thousands at festivals such as Coachella, Firefly, BottleRock, Electric Forest, and Lightning in a Bottle. MAGIC GIANT have shown they are an alt powerhouse, having shared the stage with the likes of Foster the People, The Lumineers, Vance Joy, Mumford & Sons, and more.

A group connected to people in the community through their music, MAGIC GIANT want to unite listeners. With their upcoming album, the group share their vulnerabilities, hopes and lives with the world. MAGIC GIANT throw an annual four-day one-of-a-kind gathering in the California Redwoods for their fans called  Camp Misfits.