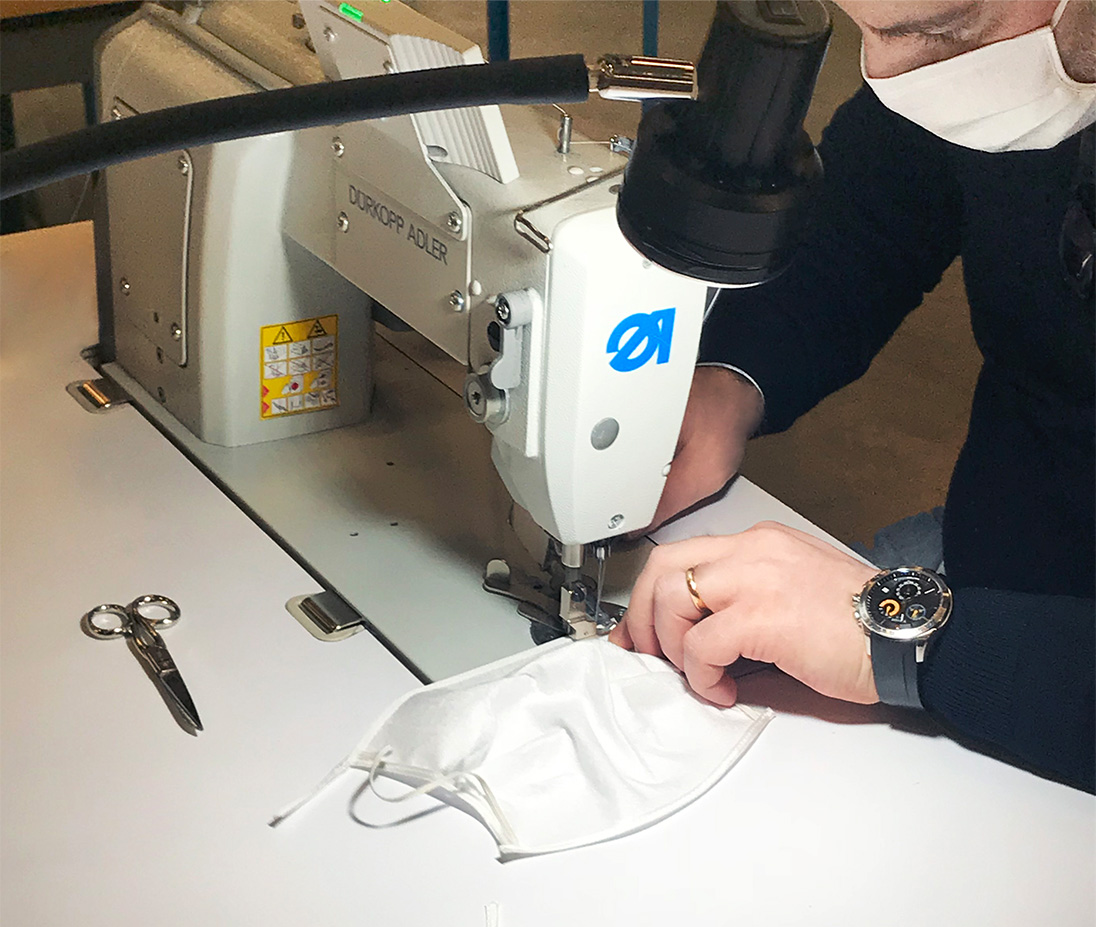 Brooks Brothers announced its response to the urgent call from the White House and other state and local leaders for medical supplies.

The Company is in the process of converting its New York, North Carolina and Massachusetts factories from manufacturing ties, shirts and suits to now making masks and gowns.

Brooks Brothers plans to use these facilities to produce up to 150,000 masks per day on an ongoing basis, to help increase access to protective gear for health care workers and others battling the spread of COVID-19 at the nation’s hospitals and other facilities.

The company will also be producing gowns. Over the past two weeks, the Company has been in direct contact with Federal and State officials, task forces, several major hospital systems, and other municipalities and organizations. As part of this effort, Brooks Brothers has partnered with Stop the Spread, a coalition of volunteer CEOs working in Washington, D.C. and around the U.S. to catalyze actions and support the government in response to COVID-19. The Company has also partnered with leading universities recognized as centers for excellence for both textiles and technology in order to develop the prototypes.

Brooks Brothers has been working closely with the U.S. Food and Drug Administration to expedite the approval process. For more than 200 years, Brooks Brothers has been at the forefront of tackling some of the nation’s most critical issues – from its support of the Red Cross Society in 1898 – to crafting U.S. military uniforms from the Civil War through today. The Company currently supports numerous national and local charities with a focus on health and well-being.

“We consider this a duty, and part of our DNA at Brooks Brothers,” said Claudio Del Vecchio, Chief Executive Officer. “These are challenging times that are impacting us all. We are deeply grateful to the medical personnel at the frontlines who are fighting the pandemic, and we are honored to do our part and join our peers in retail to provide protective masks that our health care system critically needs. I also want to thank our dedicated manufacturing employees who are returning to work as we reopen our factories to make this possible.”

In addition to producing up to 150,000 masks per day, Brooks Brothers expects to soon begin production on protective gowns. To begin production, Brooks Brothers’ factory personnel who will be making masks are set to return to their jobs this week following a two-week precautionary self-quarantine. The Company is closely following public health guidance and will enforce federal guidelines for sanitation and social distancing on-site at all facilities to protect employees.