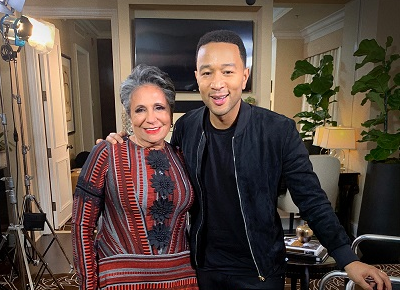 As previously announced, Anthony Anderson is set to return as host for the 50TH NAACP IMAGE AWARDS, which for the first time ever will take place from the Dolby Theatre in Hollywood, California.For the sixth consecutive year, TV One is the television home for the nation's oldest and largest civil rights organization's award show. The NAACP Image Awards celebrates the accomplishments of people of color in the fields of television, music, literature, and film and also honors individuals or groups who promote social justice through creative endeavors.  The upcoming telecast, the 50TH Anniversary of the NAACP Image Awards, will also spotlight the significant contributions of the NAACP and the impact the organization has had on our community and country.

In addition to the traditional awards categories, Congresswoman Maxine Waters will be honored with the prestigious NAACP Chairman's Award, bestowed in recognition of individuals who demonstrate exemplary public service and use their distinct platforms to create agents of change.  REACH Media syndicated radio personality Tom Joyner will be honored with the Vanguard Award, which is presented to individuals whose groundbreaking work increases understanding and awareness of racial and social issues.

For all information and the latest news, please visit the official NAACP Image Awards website at www.naacpimageawards.net or on Facebook at naacpimageaward and Twitter @naacpimageaward (#ImageAwards50).  Viewers can also join the conversation on TV One's upcoming live telecast of the 50TH NAACP IMAGE AWARDS by visiting www.tvone.tv and connecting via social media on Twitter, Instagram and Facebook using the hashtags #ImageAwards50 and #RepresentExcellence.