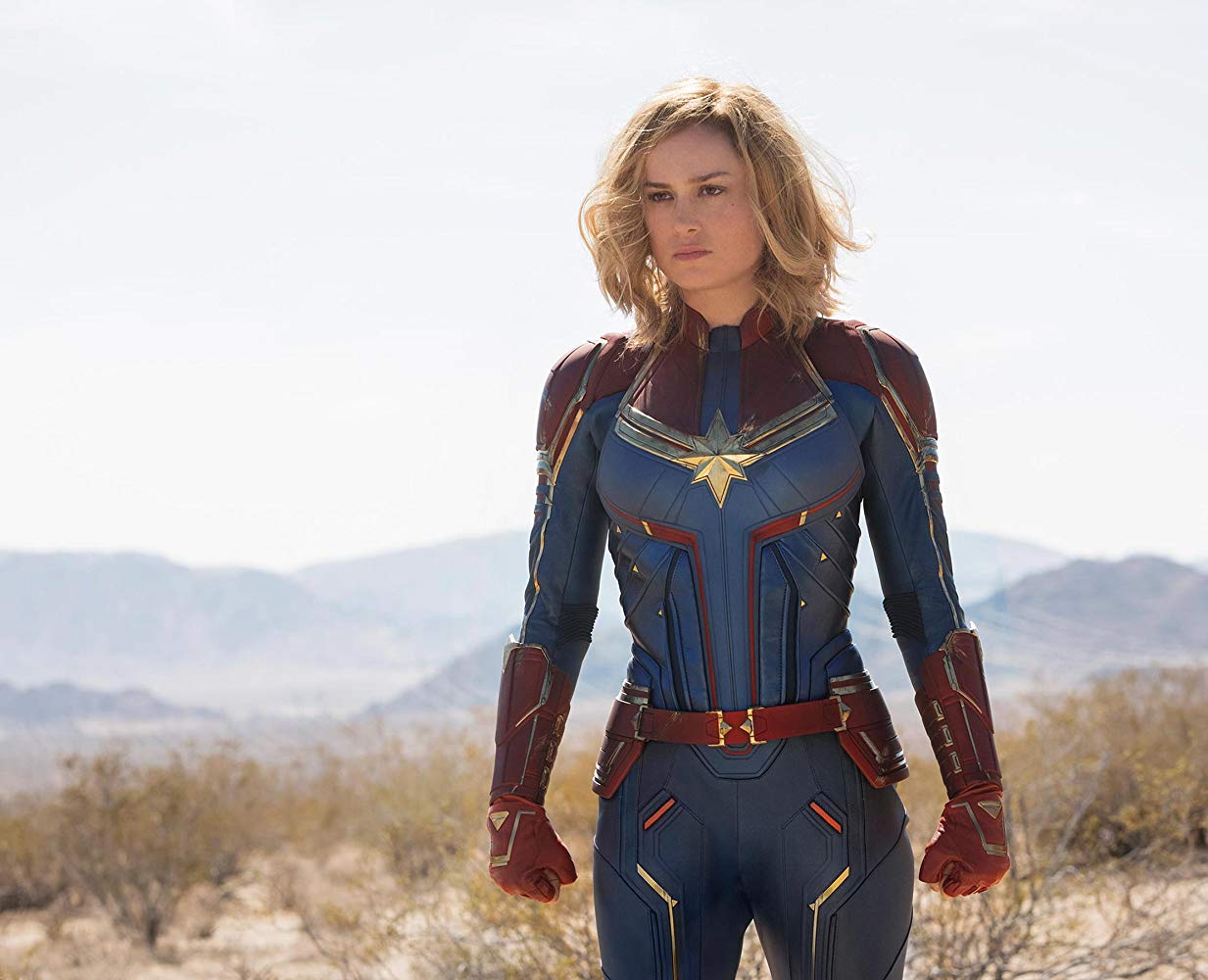 Once again dipping into the indie filmmaker talent pool, Marvel Studios tapped the critically acclaimed directing team of Anna Boden and Ryan Fleck (“Mississippi Grind”), who have a reputation for compelling, character-driven storytelling, to helm this highly anticipated release, and the duo’s steady touch is felt throughout this charming and highly enjoyable diversion. An absorbing origin story that introduces a host of exciting new characters and sheds light on some notable MCU veterans, the screenplay by Boden, Fleck and Geneva Robertson-Dworet delves deep into the Marvel mythology without any lag in the action. Beyond the assured direction and stellar scripting, the technical work on display is as impressive as any previous Marvel entry, especially Ben Davis’ inventive cinematography, Pinar Toprak’s engaging score and Andy Nicholson’s immersive production design. And if the quality of the filmmaking isn’t enough to get you in the superhero spirit, then look no further than the enthusiastic performances from “Captain Marvel’s” top-notch acting talent.

Set in the 1990’s, and featuring a nostalgia-inducing grunge soundtrack to go along with it, “Captain Marvel” follows Vers (Brie Larson), an elite member of the Kree military unit called Starforce. Half human, half Kree, Vers is also an ex Air Force pilot named Carol Danvers, though due to an accident that left her with superpowers, she has little memory of this chapter. While on a mission fronted by Starforce leader Yon-Rogg (Jude Law) against their perpetual enemies, the Skrulls, Vers is captured by Skrull leader Talos (Ben Mendelsohn), who probes her memories in search of information about a highly coveted light-speed engine that she flight tested in her Air Force pilot days. After escaping from Talos and crash landing in Los Angeles, Vers goes about piecing together her hazy history in search of answers about her identity and the immense powers that she possesses.

If only it were that easy. Before long, Talos and his Skrull henchmen are hot on Vers’ heels, ready to take their intergalactic war with the Kree to Earth, all while the budding superhero is being interrogated by, and eventually befriending, young S.H.I.E.L.D. agents Nick Fury (Samuel L. Jackson) and Phil Coulson (Clark Gregg). While Vers tries to unlock her mysterious past as Carol Danvers and all the superpowers that come with it, she uncovers some planet-altering revelations, a slew of double crosses, and an alien cat named Goose.

Although, given their history with small scale, realistic storytelling, directors Anna Boden and Ryan Fleck might not be the obvious choice to helm this intergalactic adventure, their facility with character-driven stories serves “Captain Marvel” well, as the filmmakers exhibit as much interest in the character’s personal journey as with the explosive action sequences that comic book films necessitate. Working from a script the directors cowrote with Geneva Robertson-Dworet, the filmmakers succeed in telling an intriguing story of female empowerment that should resonate thematically with today’s audience, and they do so in fresh and funny form, even if there are a couple familiar beats along the way. Beyond centering this massive production on a headstrong, multi-dimensional female protagonist, which in itself deserves props in the largely male-driven marketplace, “Captain Marvel” condenses its substantial storyline into a brisk two hours, and does so thrillingly every step of the way. It’s a lean Marvel movie with an awful lot of attitude, and one that curbs superfluous subplots wherever possible.

Despite the obvious pressure of headlining the first female-led superhero film in the Marvel franchise, Brie Larson shows no signs of strain, portraying the well-rounded character with a combination of poise, vulnerability and strength that is nothing short of impressive. The film would not be nearly as satisfying if the audience didn’t buy into the character’s emotional journey, and Larson’s ability to inhabit the character and all her cosmic complexities, which elevate the overall film considerably. Portraying the younger version of the beloved agent Nick Fury, Samuel L. Jackson, with the help of some digital de-aging technology, absolutely delights as his character first encounters superheroes and otherworldly creatures. Jude Law is a welcome presence as Vers’ Kree leader, as is Clark Gregg in the role of rookie S.H.I.E.L.D. agent Coulson, but Ben Mendelsohn is a scene-stealing wonder as the quasi-bad guy and Skrull leader Talos.

“Captain Marvel” is a delightful superhero spectacle and a badass tale of female empowerment.

Rated PG-13 for sequences of sci-fi violence and action, and brief suggestive language.