What's Up Meerkats?! New To The Los Angeles Zoo

Los Angeles Zoo’s very own meerkat manor is bustling with activity as a new breeding group has arrived and can now be seen in their habitat bonding with each other, establishing a community structure, and digging their habitat’s intricate maze of holes and tunnels. 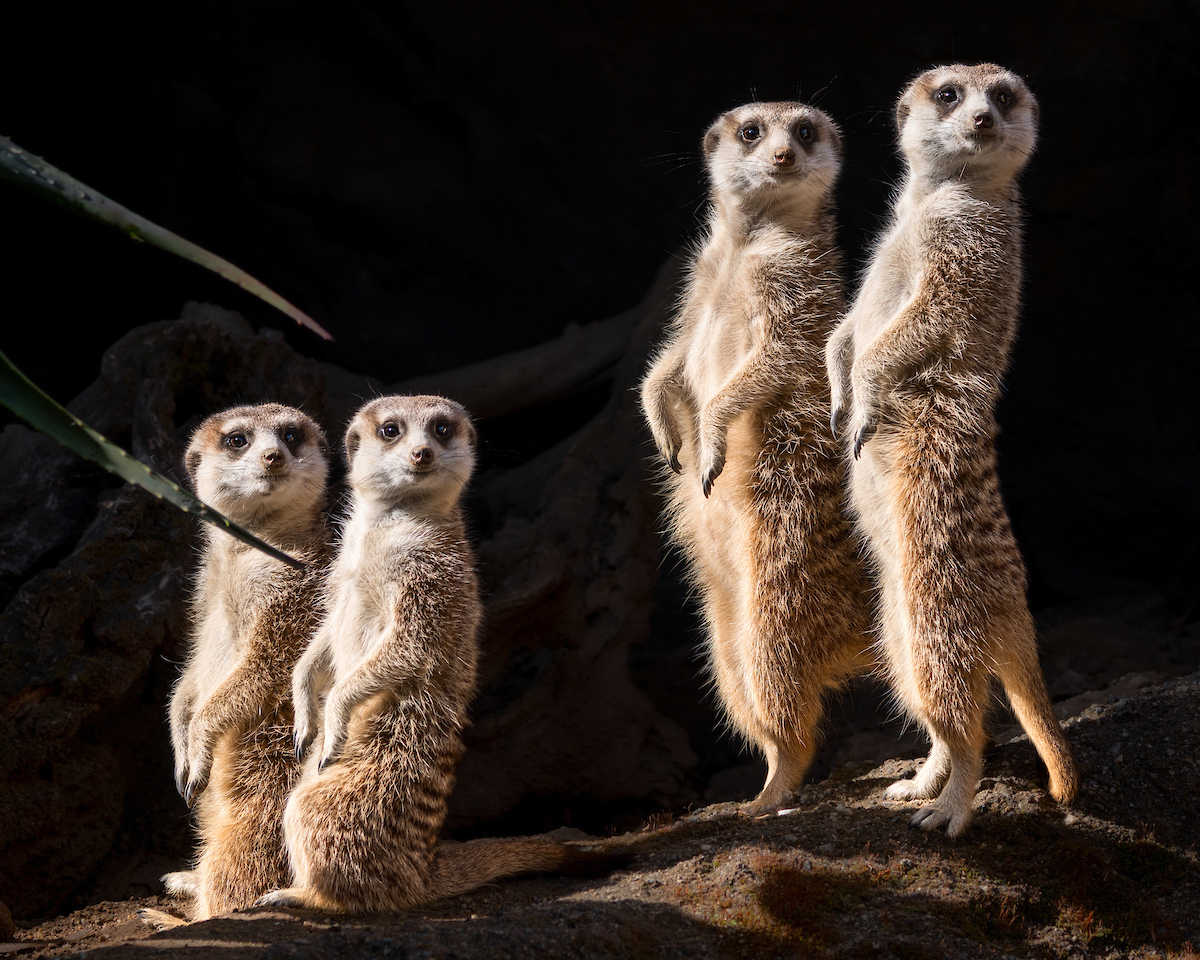 Four males, ranging from two to three years old, arrived from Zoo de Granby in Granby, Quebec in September 2017 while three females, all six years old, came from the Sedgwick County Zoo in Wichita, Kansas in January 2018. The group was a recommendation from the Association of Zoos and Aquarium’s (AZA) Species Survival Plan (SSP) program after the Zoo’s elderly meerkats passed away, and the Zoo was looking to rebuild the meerkat collection with a genetically valuable group.

The two groups were slowly introduced to each other at the Zoo’s quarantine facility before entering their outdoor habitat together on February 23. Animal care staff prepped the exhibit by collapsing old tunnels and filling holes from the previous tenants, so that the new meerkat mob could work together as a team and build trust while digging a new home. So far, the group is getting along well, and the Zoo hopes that meerkat pups will be on the horizon, as it would not only educate the public on this clever and communicative species, but also create exciting challenges for the animal care staff.

“I’ve been working with meerkats for many years, but this would be my first time with a mob that could potentially raise pups,” said Rose Legato, Senior Animal Keeper at the L.A. Zoo. “My staff and I are excited to learn more about this new group, and more importantly, share the journey with our zoo patrons.” 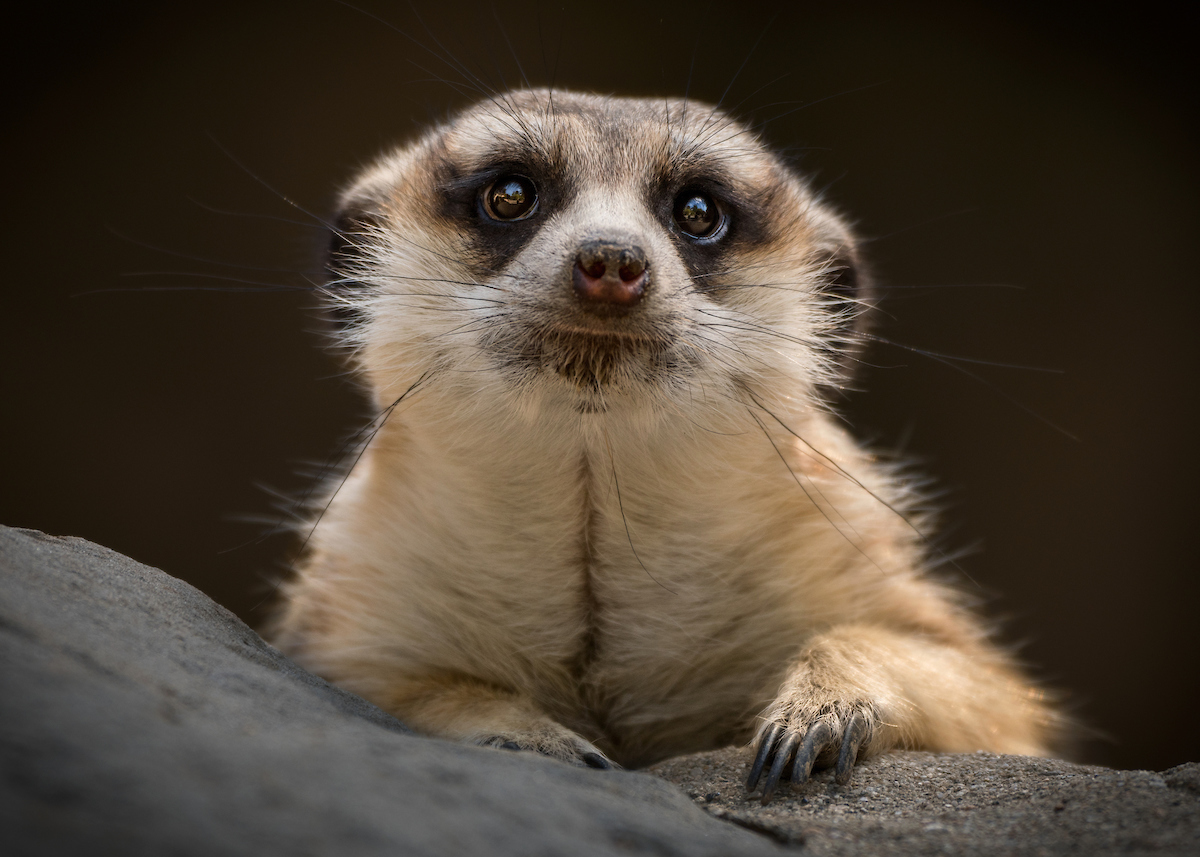 These pint-sized members of the mongoose family have long since been a favorite for Zoo guests, perhaps because of their expressive personalities and constant digging and sunbathing around their habitat. But, what many people may not realize is that meerkats are very aware of their surroundings and are great communicators within their group. Since meerkats are prey to predators from both land and air, the mob is constantly working together to keep a look out for animals such as eagles, hawks, and jackals. The group designs an intricate system of burrows, which they dig with their own long, sharp claws, which keeps them safe from predators while also offering safety from the elements. They also assign a guard to watch over the community and alert others of a potential threat through a bark or high-pitched squeal.

Meerkats are native to the deserts and grasslands of the southern tip of Africa, and they do well in temperate environments such as Los Angeles where they have plenty of sunshine but not extreme temperatures in either direction. Meerkats have a slow metabolism for a carnivore of their size, assisting them in tolerating consistently warm temperatures in their natural environment. The mob at the L.A. Zoo can be seen eating a diet consisting of produce, mice, crickets, mealworms, hardboiled egg, and nutritious insectivore pellets.

Meerkats have a tannish, gray fur with black stripes across the back. A meerkat’s body is approximately 10 to 14 inches long with an eight-inch dark-tipped tail, and they have short legs with four toes on each foot. The meerkat’s body has adapted for a life of digging with small black ears that can be folded back to keep dirt out and long, non-retractable claws used to create tunnels and holes. They also have adaptations that protect them from harsh desert weather such as dark-skinned bellies with light fur, which acts as a solar panel to warm them as they sunbathe, and dark circles around their eyes which help to reduce the sun’s glare.

Guests can now observe this mob of meerkats in their habitat daily, weather permitting.

Giving Back
The Forum & Walmart To Honor 10 Local Heroes

Lifestyle
5 Pet Laws All Dog Owners Need To Know About