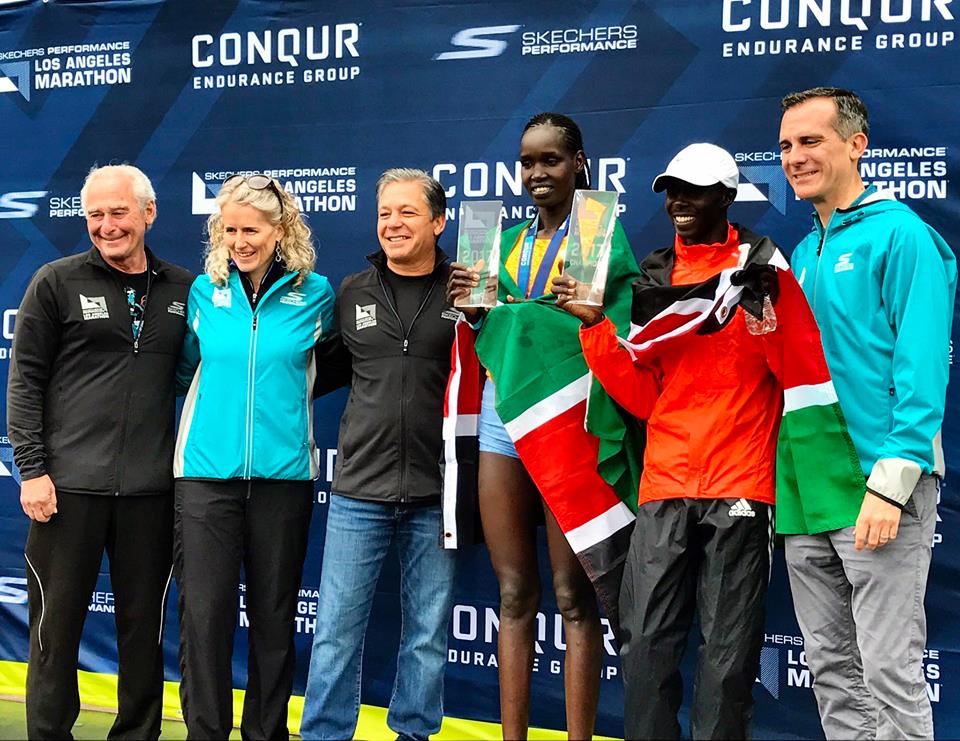 The Los Angeles Marathon took place on Sunday March 19th from Dodgers' Stadium to the Pacific Ocean. The women's champion was Hellen Jepkurgat who broke the tape at 2:34:24. The men's champion was Elish Barno, clocking an official time of 2:11:53.

The Skechers Performance Los Angeles Marathon is among the largest marathons in the country with more than 26,000 participants, thousands of volunteers and hundreds of thousands of spectators.

The “Stadium to the Sea” course, starting at Dodger Stadium and finishing near the Santa Monica Pier, is one of the most scenic in the world, taking runners on a tour of Los Angeles past every major landmark.