Gamers 411: Marvel’s Guardians of the Galaxy: The Telltale Series Is Here

Telltale Games, along with Marvel Entertainment revealed the launch trailer for the fifth and final episode of Marvel's Guardians of the Galaxy: The Telltale Series. 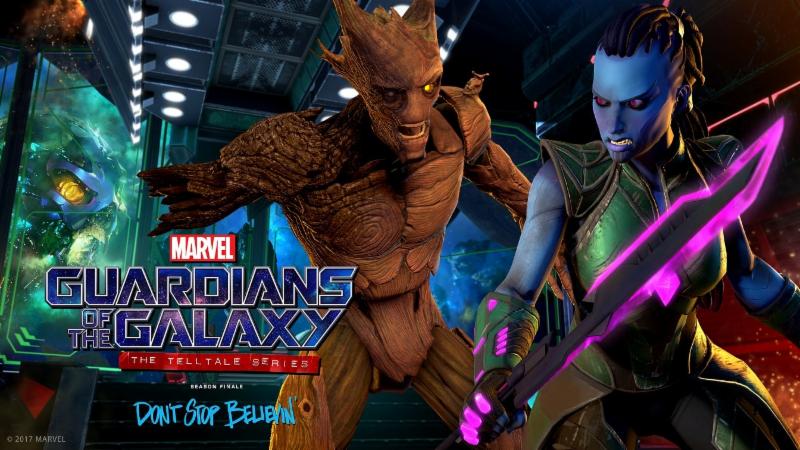 Episode five, entitled 'Don't Stop Believin',' will be available starting November 7, 2017 for $4.99 USD or equivalent. Individual episodes, and the series as a whole, can be downloaded on PlayStation®4 computer entertainment system, Xbox One®, Windows PC, and Mac, as well as the App Store® and Google Play™.

The series is also available as a special 'Season Pass Disc' at retailers across North America for an MSRP of $29.99 USD and at retailers elsewhere across the globe. The special 'Season Pass Disc' includes episode one, 'Tangled Up in Blue,' and grants access to download the subsequent four episodes via online updates as they are released. Additional platforms for release are yet to be announced.

Episode description: In the aftermath of an unbearable sacrifice, the Guardians finally fracture. With her opposition in shambles, Hala renews her campaign of death and devastation, carving a path of indiscriminate destruction en route to Knowhere. If he hopes to avoid catastrophe (and save his own skin), Star-Lord must search his feelings, reunite his team, and mount one final mission to save the galaxy…again.

The series features a star-studded cast of voice talent, including Scott Porter (Friday Night Lights, The Walking Dead: The Telltale Series) as Star-Lord, Emily O'Brien (The Young and the Restless, Middle Earth: Shadow of Mordor) as Gamora, Nolan North (the Uncharted series, Pretty Little Liars) as Rocket, Brandon Paul Eells (Watch Dogs) as Drax, and Adam Harrington (The Wolf Among Us, League of Legends) as Groot.