TCA: Showtime Renews ‘The Affair,’ Among Other Series Announcements 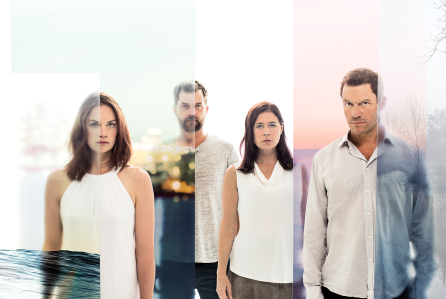 In advance of The Affair Season Three finale, Showtime has picked up the fourth season in the series. The show's multi-perspective narrative has drawn critical acclaim for its unpredictability and originality. Dominic West (The Wire) and Ruth Wilson (Jane Eyre) lead a distingusihed cast which includes Maura Tierney and Joshua Jackson. Showtime President and CEO, David Nevins, made the annuoncement during the Television Critics Association Winter Press Tour.

After a successful one-hour pilot, Showtime has given a series order for Chi. Created, written, and executive produced by Lena Waithe (Master of None), the show is based off Waithe's experiences growing up in the South Side of Chicago. It's a relevant and timely coming of age story.

Air Dates Announced for I'm Dying Up Here and Guerilla

Guerilla is a six-part limited event series from Academy Award Winner John Ridley (12 Years a Slave). It's a love story set during one of the more politically explosive times in UK history, as a couple forms a radical underground cell in 70s London. Idris Elba (Luther) co-stars and executive produces the mini-series, which casts Freida Pinto (Slumdog Millionaire) and Babou Ceesay (Getting On) as the leads.