A New Kind Of 'Muppets' With Julie Andrews On Netflix 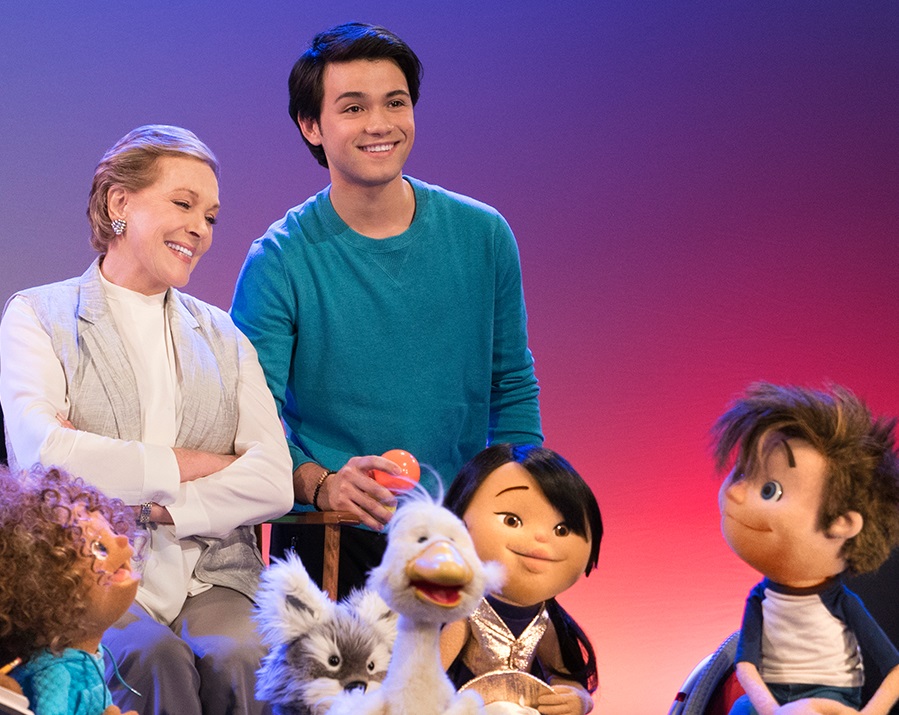 Julie Andrews will star in Julie’s Greenroom, a new preschool show from The Jim Henson Company that features an all-new puppet cast of kids learning about the performing arts. The series will be available exclusively to Netflix members globally in early 2017.

Andrews, who created the series with her daughter Emma Walton Hamilton and Judy Rothman-Rofė, will executive produce and star as Ms. Julie - the director of the Wellspring Center for the Performing Arts in which she teaches performing arts workshops in the theatre and its “Greenroom.”

Ms. Julie and her devoted assistant Gus (Giullian Yao Gioiello) bring the performing arts to a new generation of kids known as the “Greenies,” played by original puppet characters built by the renowned Jim Henson’s Creature Shop. The Greenies are a diverse group of kids who are mesmerized by all that the arts and creativity has to offer. Over the course of the season, with Ms. Julie’s guidance and inspiration from the visiting guest artists, the kids create an entirely original new show, that is a mashup of all the performing arts including mime, music, dance, improv, circus arts, voice and more.

Ms. Andrews said, “this project represents the fulfilment of a long held dream to educate children about the wonder of the arts. I am thrilled to be partnering with my daughter and long time coauthor, Emma, to bring this show to life along with our co-creator, Judy Rothman-Rofė. We could not be more honored to be working with the extraordinary Jim Henson Company. We are equally delighted to be premiering as a Netflix original production.”

Television
Tune In: The TV Shows You Need To Be Watching