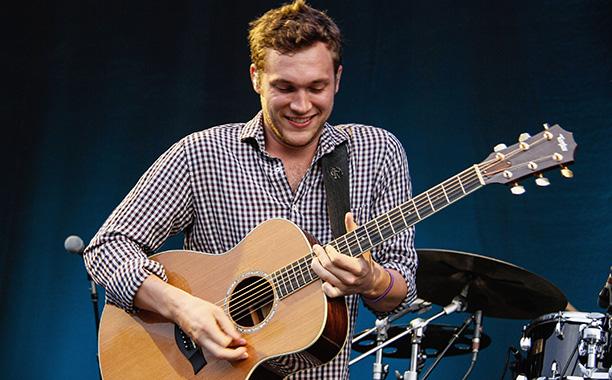 American Idol, season 11 winner, Phillip Phillips and Matt Nathanson announced that they are teaming up for a 40+ city U.S. co-headline tour. Kicking off on June 17 at San Diego County Fair– the singers will visit major markets including Las Vegas, Cincinnati, and New York, before concluding the tour at the Wisconsin State Fair on Aug. 13. Indie-pop band A Great Big World and singer-songwriter Eric Hutchinson will perform as special guests on select dates.

Platinum-selling recording artist Phillip Phillips broke into the scene in 2012 upon winning the 11th season of “American Idol” and releasing his first album, The World from the Side of the Moon, which debuted at #4 on the Billboard Top 200 and featured the 5x platinum smash hit “Home.” His last release, Behind The Light, featured radio hit “Raging Fire” which debuted in the Billboard Hot 100. Phillips is currently at work writing and recording his third studio album.

Matt Nathanson’s latest release, Show Me Your Fangs, is being hailed as his most adventurous and prolific album to date featuring the songs, "Giants," "Bill Murray" and "Adrenaline.” 2015 saw Nathanson hit the road with fellow San Francisco natives, Train, on the Picasso on the Wheel Tour and on his own headlining sold-out Show Me Your Fangs Tour.

Lifestyle
The Best Beaches To Visit According To TripAdvisor