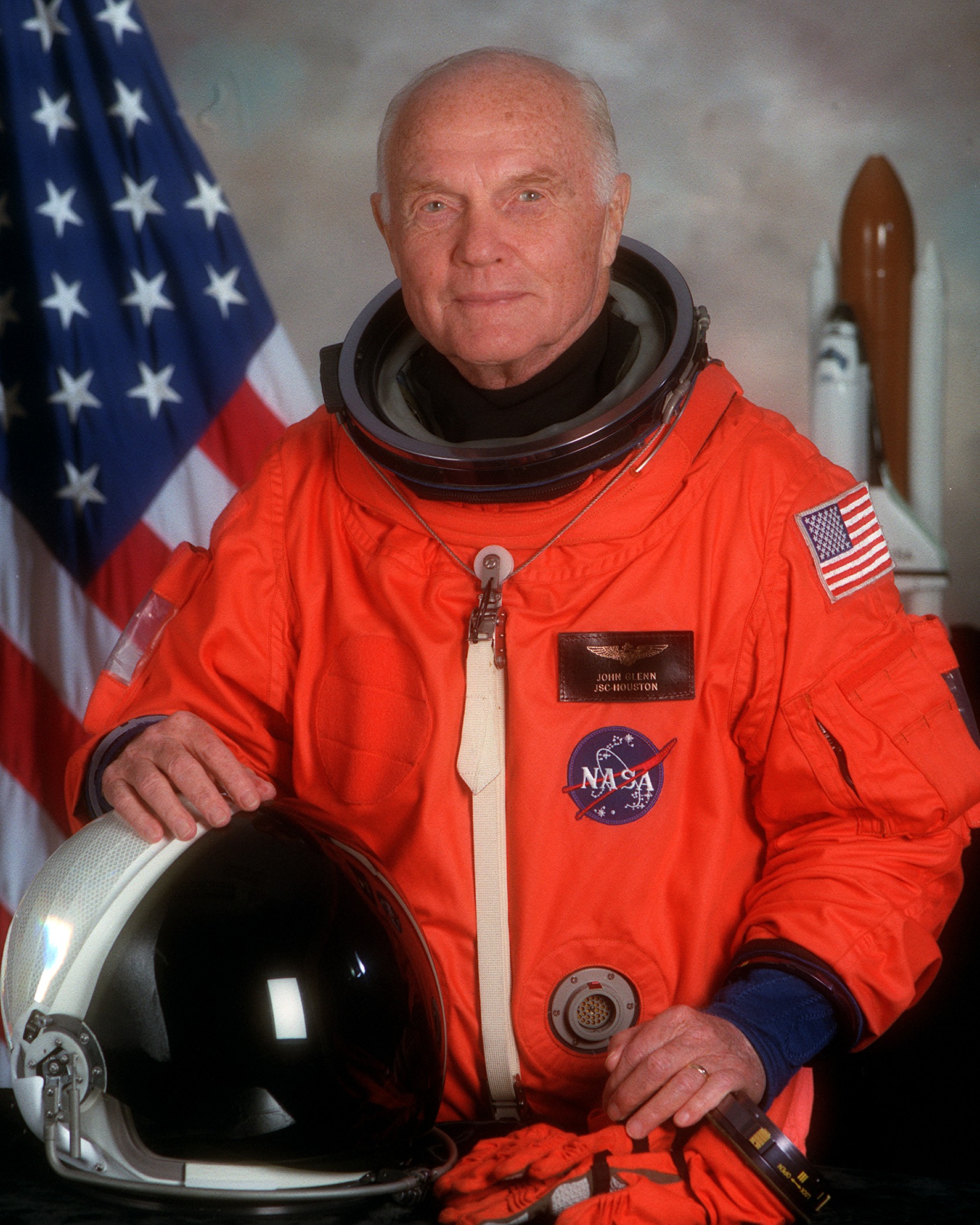 American hero and famous astronaut, John Glenn has passed away at the age of 95 years-old.

Glenn died Thursday afternoon surrounded by family at the Ohio State University Wexner Medical Center in Columbus, according to reports

In a statement from NASA, they said: We are saddened by the loss of Sen. John Glenn, the first American to orbit Earth. He also became a U.S. senator and later, at the age of 77 when he flew on the space shuttle, he became the oldest person to fly in space. Our deepest condolences go out to his dear wife Annie, his children, and the people who were inspired by him and loved him around the world. He was a friend, an astronaut and true American hero. Godspeed, John Glenn. Ad astra.

Glenn was assigned to the NASA Space Task Group at Langley Research Center, Hampton, Virginia, in April 1959 after his selection as a Project Mercury Astronaut. The Space Task Group was moved to Houston and became part of the NASA Manned Spacecraft Center (now Johnson Space Center) in 1962. Glenn flew on Mercury-6 (February 20, 1962) and STS-95 (October 29 to November 7, 1998), and has logged over 218 hours in space. Prior to his first flight, Glenn had served as backup pilot for Astronauts Shepard and Grissom. When astronauts were given special assignments to ensure pilot input into the design and development of spacecraft, Glenn specialized in cockpit layout and control functioning, including some of the early designs for the Apollo Project. Glenn resigned from the Manned Spacecraft Center on January 16, 1964.

On February 20, 1962, Glenn piloted the Mercury-Atlas 6 "Friendship 7" spacecraft on the first manned orbital mission of the United States. Launched from Cape Canaveral (Florida) Launch Complex 14, he completed a successful three-orbit mission around the earth, reaching a maximum altitude (apogee) of approximately 162 statute miles and an orbital velocity of approximately 17,500 miles per hour. Glenn's "Friendship 7" Mercury spacecraft landed approximately 800 miles southeast of Cape Canaveral in the vicinity of Grand Turk Island. Mission duration from launch to impact was 4 hours, 55 minutes, and 23 seconds.

STS-95 Discovery (October 29 to November 7, 1998) was a 9-day mission during which the crew supported a variety of research payloads including deployment of the Spartan solar-observing spacecraft, the Hubble Space Telescope Orbital Systems Test Platform, and investigations on space flight and the aging process. The mission was accomplished in 134 Earth orbits, traveling 3.6 million miles in 213 hours and 44 minutes.

Glenn has been awarded the Distinguished Flying Cross on six occasions, and holds the Air Medal with 18 Clusters for his service during World War II and Korea.

On March 1, 1999, NASA renamed its Cleveland center the "John H. Glenn Research Center at Lewis Field" in his honor.