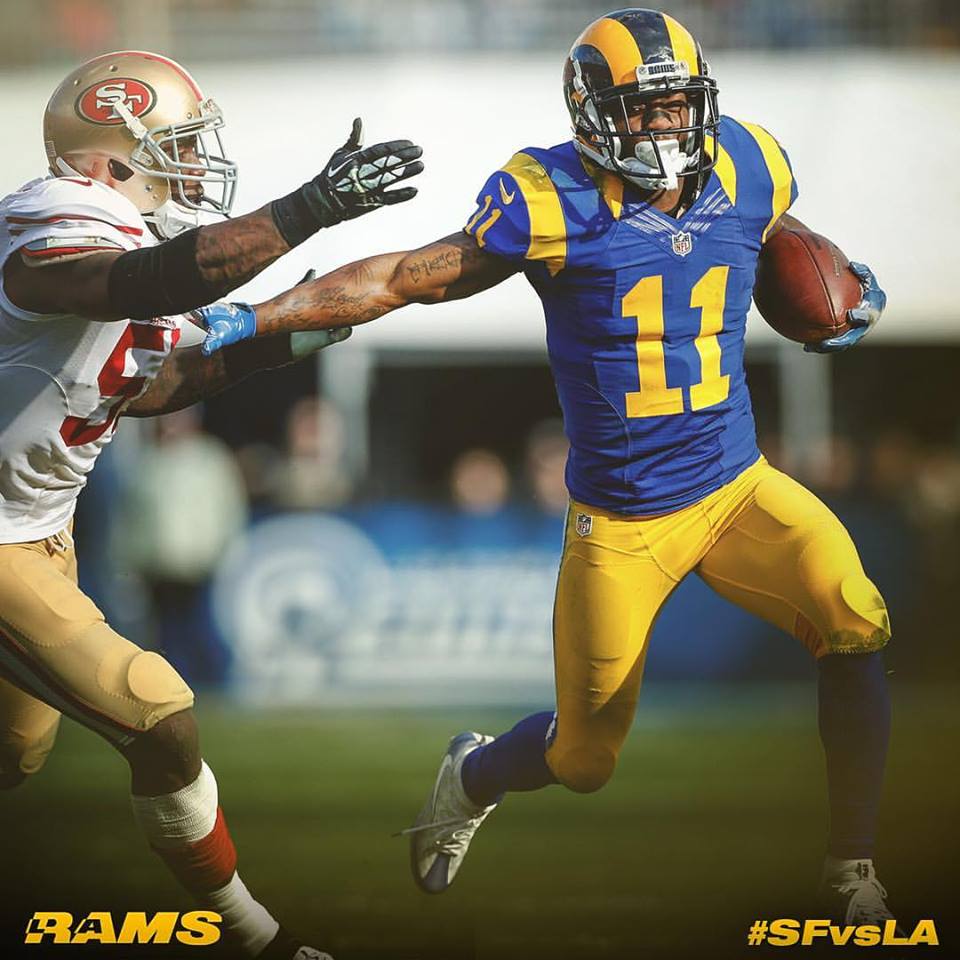 In a matchup of the league’s worst defense against its worst offense, the 49ers bottom-ranked defense prevailed. Even though San Francisco (2-13) entered the game allowing 424.9 yards per game, the Rams could only manage 117 total yards. In a season defined by an inability to put points on the board, Saturday’s game was Los Angeles’ most hapless offensive performance, alongside their opening night shutout by San Francisco. Incidentally; the 49ers only two wins are against the underachieving Rams.

Saturday’s loss was not a new story; the offensive drop-off after a hot start, the putrid third-down conversion rate (4-13), and the late collapse, have all been part of the Ram’s narrative this season.

“Our defense is pretty damn good when they get some time off the field, when we’re not going three-and-out every time,” quarterback Jared Goff (90 passing yards, two interceptions) told reporters after the game. “Ultimately the offense needs to play better. That starts with the quarterback. That starts with me.”

“It’s tough to know what to say after the game when we have a two score lead with six minutes left in the game,” said Rams interim head coach John Fassel. “It’s kind of a replica of the Miami game where we couldn’t convert third downs into first downs on offense, and couldn’t get them off the field in critical situations on defense.”

The 49ers received the ball with 10:32 left in the fourth quarter down 14 after a Goff touchdown pass to Tyler Higbee. At the time, ESPN's "win probability index" gave the Rams a 97.2 chance of victory. Kaepernick marched the Niners down the field with a series of drop-off passes and runs, before capping off the drive with a 13-yard rushing score on a third and 10. Suddenly, things got interesting.

The Rams responded with a quick three-and-out. Momentum had shifted completely in San Francisco’s favor. Their ensuing drive covered 73 yards in under three minutes. Kaepernick wasn’t perfect on his throws, but he got the job done. For their third touchdown, Rod Streater caught a 10-yard bullet from Kaepernick, who exploded to the goal line for the ensuing two-point conversion.

Goff threw an interception on the Rams next possession, capping off the 49ers improbable come back, and handing Los Angeles their tenth loss in eleven games.

The Rams thankfully finish their season next Sunday against the Arizona Cardinals. Kick off is at 1:25 PST.