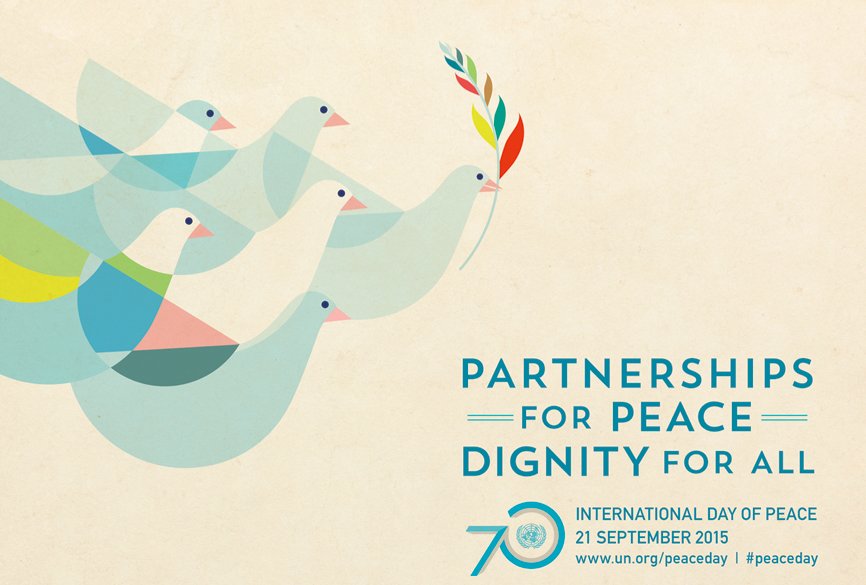 Monday, September 21st is the International Day of Peace. McDonald's may not be collaborating with Burger King on a combo-burger to display peace, but they are kickstarting a campaign in which global brands are joining forces across industries and geographies in an effort to highlight the vital role of food assistance in creating a more peaceful world.

As the world's refugee crisis grows and humanitarian resources are stretched, this multi-industry effort championed first by McDonald's represents a powerful, tangible way for people to make a real difference toward peace and support refugees and displaced people struggling daily to feed their families.

"Today is about people coming together across regions and cultures to take action for a hunger-free and peaceful world," said WFP Executive Director Ertharin Cousin. "Food assistance plays a powerful role in times of conflict by saving lives and alleviating suffering. Food brings and keeps families together. Food security gives families hope during desperate times while eliminating the need for families to resort to extreme and harmful measures as the only option for survival."

On television and online, several companies are using donated media and social channels highlighting a 30-second WFP-branded commercial called "Symbols." TBWA developed the creative for the commercial with funds provided by McDonald's. The commercial highlights the connection between war and hunger, the magnitude of current needs and how a donation to WFP can make a difference. Many of the companies are also supporting the effort by amplifying the message from their social media pages with related artwork including a call to support affected families by donating to WFP.

"Humanity has one future together. This effort provides a great example of people and companies joining forces to make sure we achieve the goal of a zero hunger future," added Cousin.

All funds raised from this effort will go to WFP's emergency response fund that is used to support WFP's most critical operations, including crises in and around Syria, Iraq, South Sudan and Yemen. With more people displaced now than any time since World War II, the needs are greater than the resources.