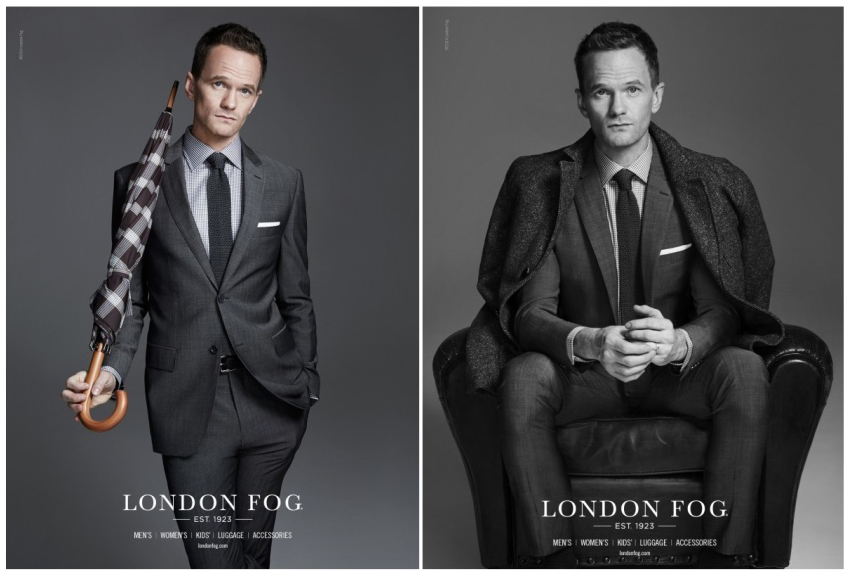 In celebration of Neil Patrick Harris hosting the 87th Oscars® this Sunday, London Fog has released its Spring campaign images starring the award-winning actor. For the ads, Harris is captured in a series of timeless, classic portraits wearing tailored pieces from London Fog’s signature outerwear collection.

This is the second London Fog campaign for Harris, who starred in the holiday campaign for London Fog alongside his husband, David Burtka, for the couple’s fashion campaign debut. On set, the couple joked about juggling their busy work schedules while parenting twins, and discussed their upcoming projects: a variety show for Harris, and broadway show for Burtka.