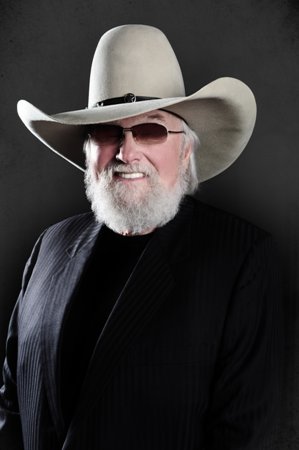 On Friday, July 4th, The Charlie Daniels Band will help celebrate Independence Day as his newly recorded performance of “My Home,” written by the Emmy Award winning songwriting team of Doug Katsaros and William Schermerhorn, will be synced to dazzling pyrotechnics as the 38th Annual Macy’s 4th of July Fireworks® ignite the sky over New York City – Live from the Brooklyn Bridge. Set to deliver the nation’s largest display of patriotic firepower and ready to dazzle more than 3 million spectators and millions more on television nationwide, Macy’s Fireworks this year will be launched from barges positioned on the lower East River and from the world-famous Brooklyn Bridge. “It’s an honor to be a part of celebrating the birthday of the greatest nation on earth and an honor to be chosen to record this patriotic song that is going to be choreographed with one of the most spectacular fireworks displays that our country will see this year,” says Charlie Daniels.

“As the song was being written for the fireworks score, we knew it had to be performed by an iconic American band that can get this country up on its feet!”  Says William Schermerhorn, creative director for Macy’s 4th of July Fireworks.  “It was thrilling to have Charlie and his band take this song and make it their own.  And nothing could add to our pyrotechnic celebration like the sound of Charlie Daniels’ fiddle!” Against the iconic New York City skyline, the 38th annual Macy’s 4th of July Fireworks will fire more than 40,000 pyrotechnic shells and effects during an expertly synchronized display. Pyro Spectaculars by Souza is once again at the helm of the pyrotechnics.

Film
Movie Review: "The Rover" Is Heavy On Atmosphere, Light On Plot