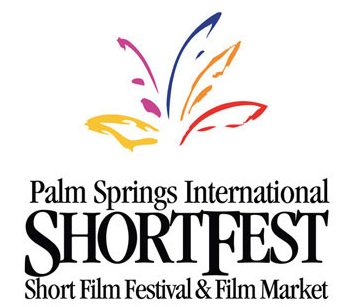 The shorts are back in town at the 2014 Palm Springs International ShortFest & Short Film Market. Celebrating its 20th anniversary, ShortFest will showcase 330 films including 84 World Premieres, 71 North American Premieres and 22 U.S. Premieres. The selection of films for screening and competition features star-studded casts and award-winning films from 54 countries around the world and 82 submissions. There are 52 thematically curated programs which will screen June 17-23, at the Camelot Theatres in Palm Springs. More than 3,000 of the festival submissions are available in the ShortFest Market for industry attendees to view.  The complete line-up will be posted on www.psfilmfest.org on June 8 with the online box office launch on June 10.

“This 20th anniversary edition of Palm Springs ShortFest is the year of ‘”more”,” said Festival Director Kathleen McInnis. “This year we’ve had more films submitted from more countries than ever before.  We saw stronger work from all our submissions, as well as a shift in storytelling—away from the angst-ridden drama of the past few years, and more towards hopefulness and sheer fun. There are more high profile actors lending their weight to the short films in our program, which speaks directly to both the quality of filmmaker and filmmaking. And we have more premieres, especially World and North American, than in years past—a direct result, I think, of the active, year-round outreach we do on the festival circuit. All in all, it’s an extraordinary year in which to celebrate our 20th birthday!”

This year’s star-studded shorts feature Academy Award winners and nominees, as well as film and television stars including Sarah Paulson in #twitterkills (USA); Jayma Mays in the World Premiere of Awkward Expressions of Love (USA); Natalie Dormer and Rufus Sewell in The Brunchers (UK); Chiwetel Ejiofor directs Columbite Tantalie (UK); Ian Hart in the World Premiere of Conversation with a Cigarette (USA); Lee Meriwether in The Curse of the Un-Kissable Kid (USA); Rose McGowan’s directorial debut Dawn (USA) and more.

Nigel Daly (Vice President Business Affairs, Screen International/Chairman BAFTA-LA), Steve Gaydos (Vice President/Executive Editor, Variety) and Katie Holly (Managing Director, Blinder Films) will serve on the ShortFest jury. Over $115,000 in prizes, including $21,000 in cash awards, will be given out in 21 categories to this year’s short films in competition.  The Panavision Best North American Short Award winner will receive a camera package valued at $60,000.  First place winners in four categories will automatically become eligible for consideration by the Academy of Motion Picture Arts and Sciences (AMPAS) for a possible Academy Award nomination.  Over the course of 19 years, the Festival has presented 97 films that have gone on to receive Academy Award nominations.  Winners will be announced on Sunday, June 22 at a Closing Night screening and reception.

12 films will screen in the ShortFest Online Film Festival.  Now in its fourth year, the select films will play on a special section of the festival website www.psfilmfest.org/shortfest

Film
Movie Review: "Words and Pictures" Is As Dull As Its Title