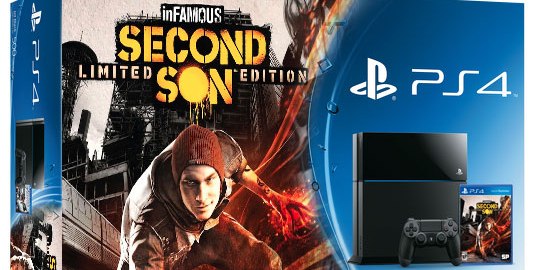 Told through the eyes of new leading character Delsin Rowe, a rebellious 24 year old Native American who unexpectedly discovers his own powers, players enjoy a diverse set of spectacular powers as they freely explore the Pacific Northwest city of Seattleand battle to take down an oppressive government force.

inFAMOUS Second Son is now available exclusively for the PS4 system on Blu-ray™ disc and is also available for digital download on day one. While supplies last, a Limited Edition will be available at retail and digitally for $59.99 that contains bonus downloadable content, Cole’s Legacy. Also available in very limited quantities is the Collector’s Edition for $79.99, which includes the game with an exclusive cover, as well as a wearable replica of Delsin’s beanie, a set of pins, decals, a DUP patch, in-game vest and Cole’s Legacy DLC. The inFAMOUS Second Son – Original Soundtrack is also now available digitally on iTunes and will be offered as a physical CD starting on March 25, 2014 through Amazon.com with pre-orders available now. inFAMOUS Second Son is rated “T” for Teen with Blood, Drug Reference, Language, Sexual Themes and Violence. For more information about the ESRB, visit http://www.esrb.org. For more information about inFAMOUS Second Son, visit the PlayStation blog or the official game page on Sucker Punch Productions site: http://www.suckerpunch.com/.