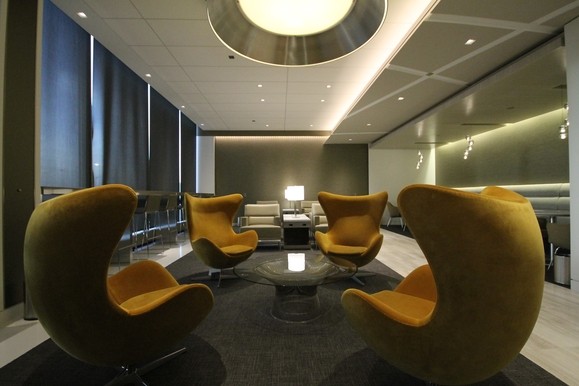 At more than 5,000 square feet, the new San Francisco United Club will be located on the airport’s mezzanine level. Vintage black-and-white United photos decorate the walls of the club, which offers members bar and cafe areas, abundant power outlets, and, as with all United Club lounges, complimentary snacks, beverages and Wi-Fi. Members may relax in any of more than 100 seats, from lounge chairs to the signature Arne Jacobsen “Egg” chair.

This club will be the latest to feature the airline’s new United Club design concept, following clubs in Chicago, Seattle, San Diego, Boston and London.

“This new United Club is a stepping stone toward delivering an end-to-end experience at San Francisco International Airport that makes our customers’ travel enjoyable, relaxing and productive,” said Jimmy Samartzis, United vice president of customer experience. “San Francisco is important to United Airlines as our gateway to the Pacific and as a key hub in our network. Our continued investments reinforce our commitment to this valuable market.”

The new club will operate in addition to United Club lounges at San Francisco’s domestic Terminal 3 Boarding Area F and in the airport’s International Terminal. The location opening Sunday will remain in use until United completes a larger club, scheduled to open near Boarding Area E in 2015.

This is one of several investments United is making, so that its customers can be comfortable, connected and entertained when they travel. The airline also offers: