The 86th Academy Awards: A Dazzling Success From The Host To The Winners List 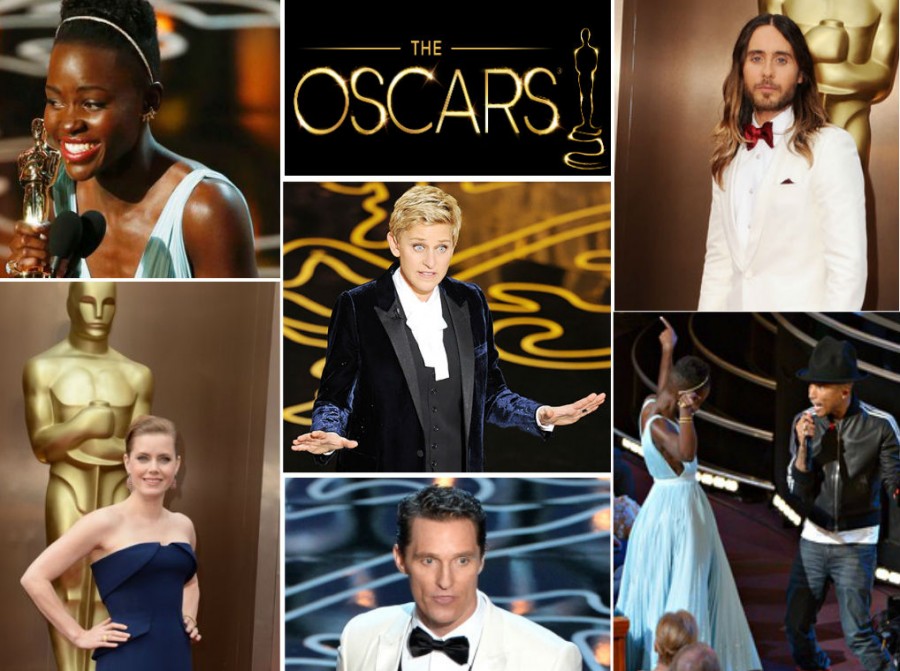 Ellen returned to the Oscars seven years after her first time hosting. She was a hit, from her opening monologue to her host surprises throughout the show. The production/set design by Derek McLane was magnificent along with the crystallized curtains from Swarovski. When it comes to comedic hosts, you can always expect a few jabs at the nominees. Ellen makes it look easy, throwing hilarious jokes left and right. One of her best was a long rant to Jennifer Lawrence about her ‘tripping’ incident at last year’s Academy Awards when accepting her award. She suggested to Lawrence: “If you win tonight, I think we should bring you the Oscar.” She went on to describe the Best Picture nominees. According to Ellen, “Dallas Buyer’s Club” “deals with a serious issue of people who have sex at rodeos.” And the laughs kept rolling in with Jim Carrey as one of the first presenters of the evening; showing Bruce Dern his best impersonation of the 77 year-old nominee.

Still sporting his tall ‘Smokey The Bear’-like hat (this time in black), Pharrell Williams had the crowd dancing on their feet to the nominated song, “Happy.” Literally, Meryl Streep, Amy Adams and Lupito Nyongo’o swung their hips and waved their arms in the air with Williams. U2 performed “Long Walk To Freedom” from the film, “Mandela,” Idina Menzel sang the Best Original Song “Let It Go” and Bette Midler delivered a beautiful memoriam version of “Wind Beneath My Wings.” Besides the well-deserved winners, perhaps the highlight of the evening was Ellen’s very own pizza party. Yes, the host ordered a couple of large cheese pizza pies and served it to the first few rows of nominees. Brad Pitt passed the plates and napkins. What a night! Here are the winners (in no particular order)…