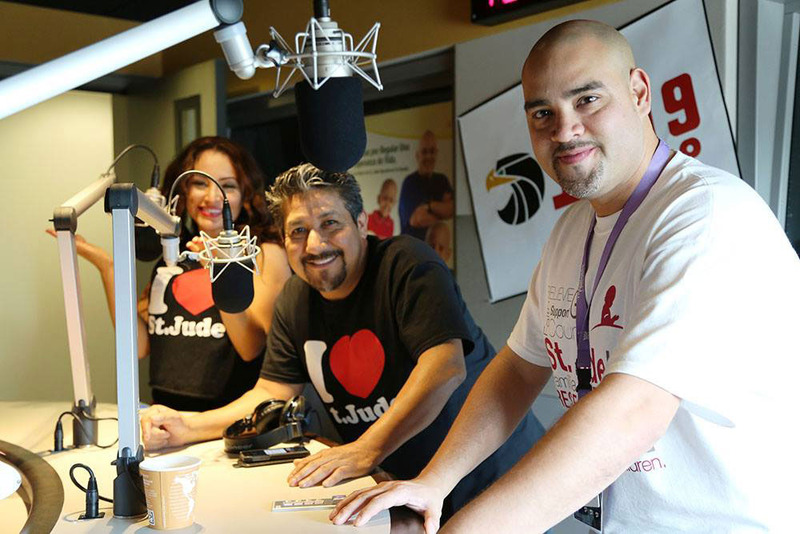 Hispanic radio listeners in Puerto Rico and 17 cities, including Los Angeles, Dallas, Miami, Chicago and New York tuned in to pledge their support to St. Jude by becoming Angeles de Esperanza (Partners In Hope) by making a donation of $20 per month.

“The children at St. Jude Children’s Research Hospital are an extension of our Univision family. We are proud to share the St. Jude mission with the community we serve,” said Randy Falco, president and CEO of Univision Communications, Inc. “Our audiences’ generosity and kindness speaks to our shared values which ultimately benefits thousands of St. Jude patient families highlighted during this event and give hope to countless children worldwide.”

During the more than 30 hours of programming over a two-day period, St. Jude patients like 9-year-old Jorge, who is fighting bone cancer, shared his story. Thanks to donations from Ángeles de Esperanza, Jorge and his family will never receive a bill from St. Jude for anything – because all his family should worry about is helping him live.

The St. Jude/Univision Radio event strengthens relationships with radio listeners, fans, artists and supporters who participate to help make St. Jude founder Danny Thomas’ dream that “no child should die in the dawn of life” a reality.

“The support of Univision’s incredible leadership, dedicated staff and compassionate audience is important to our success in finding cures and saving children,” said Richard Shadyac Jr., CEO of ALSAC/St. Jude Children’s Research Hospital. “For 15 years, Univision Radio has helped connect the Hispanic community to the mission of St. Jude, and each year we have seen how their listeners unite to help give hope to children and families battling some of the most aggressive childhood cancers.”