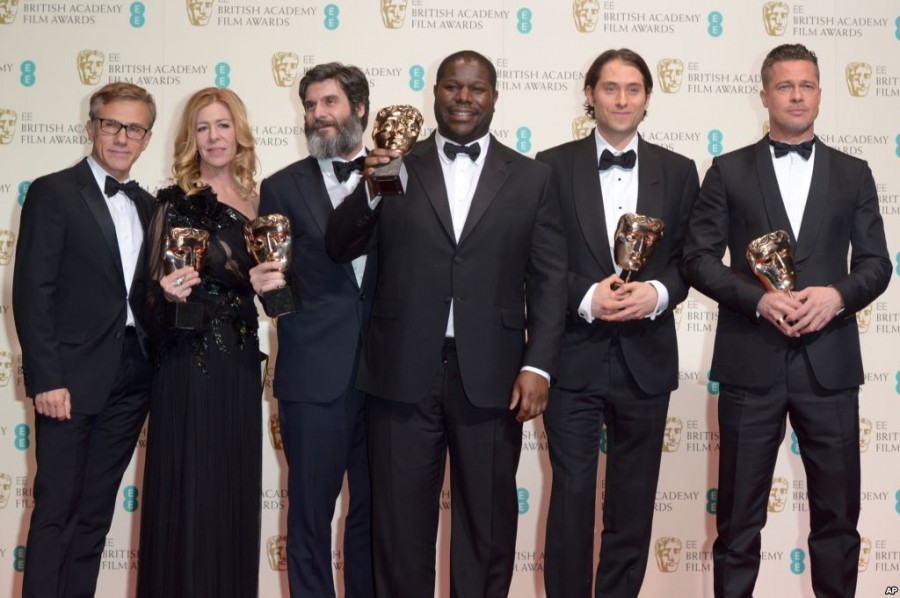 At the EE British Academy Film Awards this past weekend, “12 Years a Slave” was named Best Film with Chiwetel Ejiofor winning Leading Actor. The Awards were hosted by Stephen Fry and held at London’s Royal Opera House.

Production Design and Costume Design were awarded to The Great Gatsby. Leading Actress was presented to Cate Blanchett for playing the title role in Blue Jasmine – her third BAFTA win – and in his feature film debut Barkhad Abdi won Supporting Actor for Captain Phillips.

Director and Writer Kieran Evans received the award for Outstanding Debut by a British Writer, Director or Producer for his first feature film Kelly + Victor.

Adapted Screenplay was awarded to Jeff Pope and Steve Coogan for Philomena, Steve Coogan also produced and starred in the film.

The Great Beauty won the award for Film Not in the English Language and the BAFTA for Editing went to Rush.

The Act of Killing received the Documentary award and Frozen took home the BAFTA for Animated Film.

The EE Rising Star Award, voted for by the public, was presented to Will Poulter.

Director Peter Greenaway whose films include The Draughtsman’s Contract and The Cook, The

Thief, His Wife & Her Lover received the award for Outstanding British Contribution to Cinema.

The Fellowship, the highest honour the Academy can bestow, was presented to Helen Mirren by HRH The Duke of Cambridge.