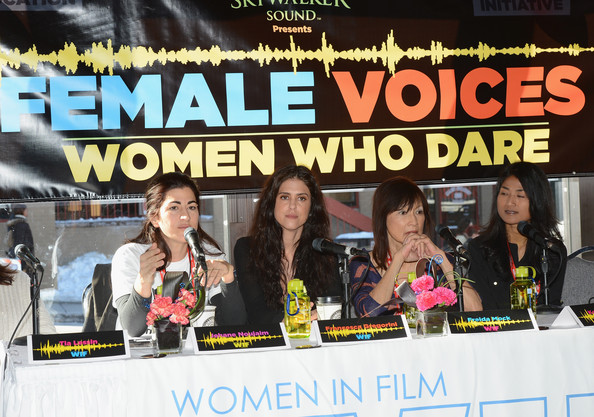 Photo from another Women In Film Panel

Women In Film, which is dedicated to women in the global entertainment industry, celebrates ten years of partnership with the Sundance Institute, and will present its eighth annual filmmakers’ panel discussion at the 2014 Sundance Film Festival.  Featuring select female filmmakers with both narrative and documentary films at the festival, this year’s panel subject is “Truth Be Told,” and will explore how filmmakers find truth in their work and how they choose to share it with an audience.  Producer Lucy Webb will introduce the panel and moderate the discussion.

“It’s astounding that a small idea of a panel eight years ago blossomed into a true call to arms for all women in filmmaking,” said Webb. “We seem to be on the edge of a new movement, and it’s very exciting.”

This year WIF will recognize:

At the event, WIF will also present two grants worth $30,000 in a combination of cash and in-kind donations from returning supporters KODAK, Technicolor, Entertainment Partners, Women In Film and Women In Film/CalmDown Productions, INC. to recipients chosen by respective juries.