One Day Until Sundance 2014: Films To Watch 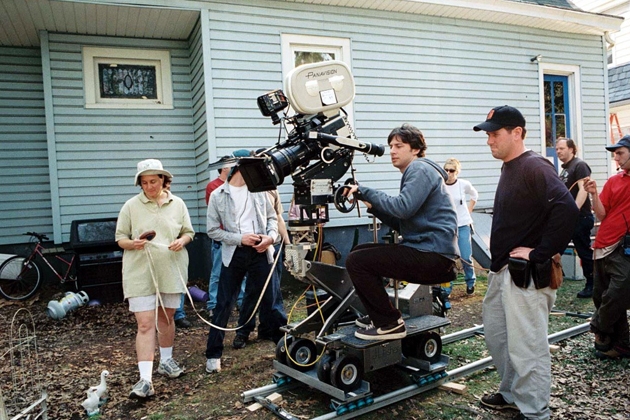 Tomorrow, January 16th marks the opening festival day of Sundance. With lists and lists of documentaries, shorts, foreign and U.S. feature films, here are a few LATFUSA is looking forward to seeing at this year’s Film Fest!

Films listed in no particular order:

WISH I WAS HERE

Following his celebrated debut feature, Garden State, Zach Braff delivers a new postcard from the edge of existential crisis, this time playing a thirtysomething family man wrestling a few minor hindrances—like his disapproving father, an elusive God, and yes, adult responsibility. Aidan Bloom is a pot-smoking actor whose last job, a dandruff commercial, was longer ago than he cares to admit. Pursuing his thespian dream has landed him and his wife in tough financial straits, so when his grumpy father can no longer pay for the kids to attend Jewish Yeshiva, Aidan opts for homeschooling. To the chagrin of his hyperdisciplined, religious daughter and the delight of his less-than-studious son, Aidan takes matters into his own imaginative hands rather than sticking to the boring old traditional curriculum.

When Mickey’s crazy stepson Leon is killed in a construction ‘accident’, nobody in the working class neighborhood of God’s Pocket is sorry he’s gone. Mickey tries to bury the bad news with the body, but when the boy’s mother demands the truth, Mickey finds himself stuck in a life and death struggle between a body he can’t bury, a wife he can’t please and a debt he can’t pay.

Zach is devastated by the unexpected death of his girlfriend, Beth. But when she miraculously comes back to life, Zach takes full advantage of the opportunity to share and experience all the things he regretted not doing with her before. However, the newly returned Beth isn’t quite how he remembered her and, before long, Zach’s whole world takes a turn for the worse.

Acclaimed director Steve James (Hoop Dreams, The Interrupters) and Executive Producers Martin Scorsese (The Departed, Raging Bull) and Steven Zaillian (Schindler’s List, Moneyball) present LIFE ITSELF, a documentary film that recounts the inspiring and entertaining life of world-renowned film critic and social commentator Roger Ebert – a story that is by turns personal, wistful, funny, painful, and transcendent. Based on his bestselling memoir of the same name, LIFE ITSELF, explores the impact and legacy of Roger Ebert’s life, from his Pulitzer Prize-winning film criticism at the Chicago Sun-Times to becoming one of the most influential cultural voices in America.

A young woman (Kristen Stewart) joins the military to be part of something bigger than herself and her small town roots, but ends up as a rookie guard at Guantanamo Bay. Her mission is far from black and white, as she is surrounded by hostile jihadists and aggressive male squadmates. When she strikes up an unusual friendship with one of the detainees (A Separation’s Payman Maadi), both of their worlds are forever shifted.