“Game of Thrones” Exhibit Returns Around The World 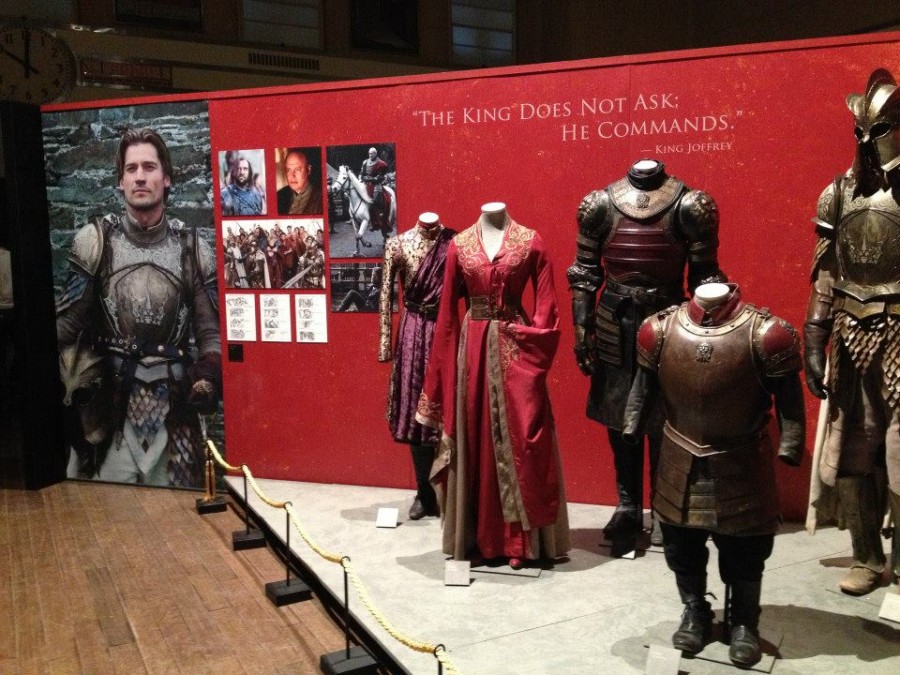 Following the great success of HBO’s first of its kind Game of Thrones internationalexhibition that traveled to five cities in 2013, HBO is extending its global reach by visiting Mexico City, Mexico; Austin, Texas at South by Southwest® (SXSW®); Rio de Janeiro, Brazil; Oslo, Norway; Toronto, Canada; Belfast, Northern Ireland and Vancouver, Canada in 2014.  The exhibition will also be featured as a part of Time Warner Cable Studios in New York City.  Specifically created to bring the enchanted world of Westeros and its characters directly to fans, the traveling exhibit is presented by HBO and international partners.

The 2014 exhibition will feature all-new installations and offer a fresh perspective on the show, focusing on key places and characters/relationships from the series.

Free of charge, the fully immersive exhibition will transport fans into the medieval world of the show via a collection of nearly 100 original artifacts from pivotal scenes in seasons 1, 2 and 3, plus select pieces from the fourth season premiering in 2014.

Among the artifacts that will be showcased are costumes, props, armor and weaponscreated by artisans whose extraordinary craftsmanship has lent authenticity to the show since its inception including: a magnificent costume display featuring cloaks, dresses and armor; iconic artifacts such as model dragons and eggs; weaponry comprising of crossbows, daggers, spears, hatchets and swords; crowns and headdresses; jewelry; books, letters and maps; House banners; storyboards and much more.

The exhibition will also offer fans an all-new, immersive interactive experience that will place them within the world of Westeros, and a photo opportunity on the coveted Iron Throne.  In addition, the exhibit will display an assortment of official Game of Thrones licensed collectable merchandise from the HBO Shop®.

Game of Thrones is an epic serieswhose storylines of treachery and nobility, family and honor, ambition and love, and death and survival, has captured the imagination of fans globally and made it one of the most popular shows on television.

The tour dates for the Game of Thrones• The Exhibition• are as follows:

Venue and ticket information will be available starting February at www.hbomax.TV/gotexhibitmex

Venue to be announced

Venue to be announced

Dates and venue to be announced

Vancouver, Canada (presented as a free attraction at the 2014 Fair at the Pacific National Exhibition/PNE)

*There is a fair admission fee to enter the PNE

For continued updates and details on the exhibition, visit www.GOTExhibit.com. The official hashtag is #GOTExhibit.