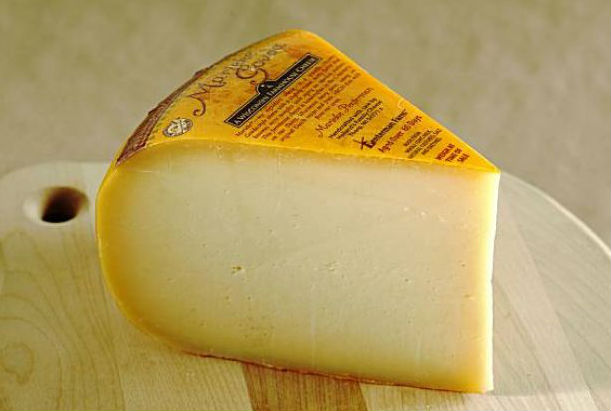 We take cheese seriously. There are so many delectable fromages in the world, but who won the U.S. Cheese Championship? Marieke Penterman, of Holland‘s Family Cheese, Thorp, Wis., took top honors out of 1,702 entries from 30 states for her Marieke Mature Gouda, aged six to nine months. Out of a possible 100 points, Marieke Gouda scored 98.31 in the final round of judging, during which judges re-evaluated the top 16 cheeses at an evening gala to determine the overall champion.

First runner-up in the contest, with a score of 97.89, is Tarentaise, a semi-hard alpine cheese made by Spring Brook Farm/Farms For City Kids Foundation in Reading, Vermont. Second runner-up is Medium Cheddar, made by Team Cracker Barrel Natural Cheese, Agropur Weyauwega for Kraft Foods in Glenview, Illinois, which scored 97.88.

“Every medalist should be extremely proud of being recognized as the best of the best in the largest national cheese competition ever held,” said John Umhoefer, executive director of the Wisconsin Cheese Makers Association, which hosts the biennial competition.

Capturing the most gold medals was Wisconsin, with 47 of the total 81 categories judged. Vermont and New York came in second among the states, with six golds apiece. Oregon had four gold medals, while California, Idaho, Illinois and Ohio all took three. Colorado, Michigan, Minnesota, Missouri, New Mexico and Utah each captured one apiece. http://www.uschampioncheese.org