Taylor Swift Should Have Shared Her Secret With Dr. Hook 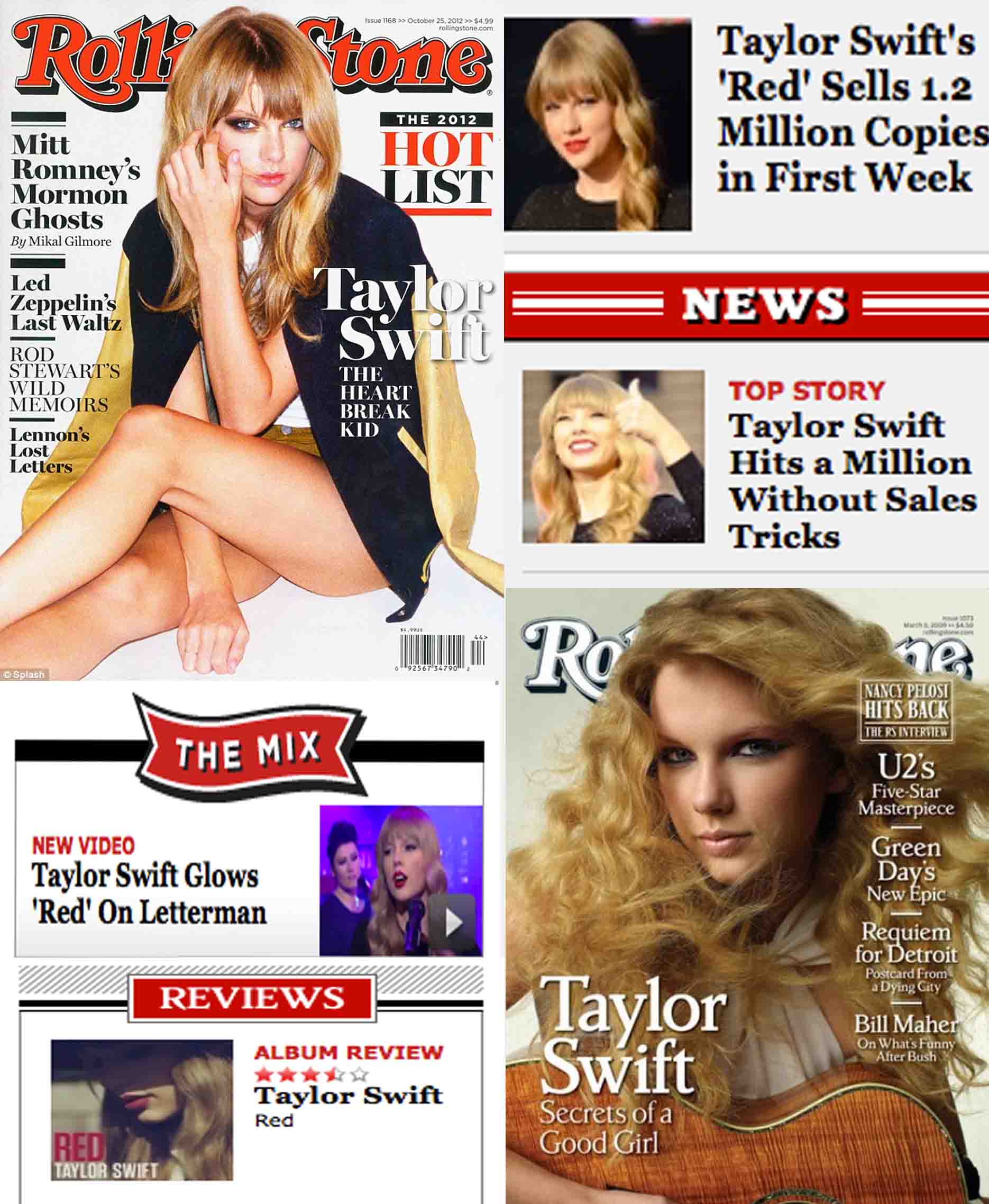 I like Taylor Swift just as much as the next person. She’s cute, her pop tracks are catchy, and the mystery concerning which ex-suitor her stinging lyrics are directed at is intriguing. I get it, I really do. Her sales are sky high and she’s more popular than Kit Kats on Halloween. It’s obvious that Rolling Stone agrees whole-heartedly. Lately, it seems like the iconic music news site has rededicated itself to becoming Swift’s personal press team. Every day I log on to RollingStone.com hoping to see up to date rock and roll information. Instead, I am bombarded by Swift’s smiling face peeking out from behind her bouncing blonde curly locks. And why shouldn’t she be smiling? The Rolling Stone staff has become obsessed 12-year-old girls, deciding to commit themselves to following every minute detail in her life and career, posting it for the music community to see.

The release of her album is news, but I don’t understand why they feel the need to so closely track sales of the record, reporting virtually every time someone new downloads her songs on iTunes. I understand that Red is selling a lot, but this isn’t exactly unexpected is it? You don’t need to keep updating me on the fact that it is still continuing to sell copies. This story does not need to be reinvented twice in the top 10 news stories of the day.

Just so you don’t think I’m overstating it, let’s examine Rolling Stone’s website’s front page today. In news there’s, “Top Story: Taylor Swift Hits a Million Without Sales Tricks,” just above, “Taylor Swift’s ‘Red’ Sells 1.2 Million Copies in First Week.” First in their The Mix section is, “New Video: Taylor Swift Glows ‘Red’ On Letterman.” And of course, the top Review, “Album Review: Taylor Swift’s Red.” Again, this is just on the front page. Does someone from Rolling Stone have a crush on her? Is she an editor’s niece or something? Or is Rolling Stone desperately trying to grab the flighty attention of the teen and young adult demographic? Perhaps this magazine, whose cover was once the ultimate symbol of musical success, sees that their stronghold on the market is crumbling just like a lot of other media and in some bizarre Freaky Friday turn of events they’ve decided to anxiously grab on to Swift’s coattails and ride her popularity back to the top. Whatever their reasons are, it’s just getting a bit sad now.

There are other artists out there, perhaps even ones that might be better or more interesting than the young pop star. If Rolling Stone could find the time to cut the Swift crack they’re pushing on everyone with a few other musicians, we’d all appreciate it. I know the withdrawal process seems tough, but if you can make it through the first 24 hours without giving in to the urges and grabbing your laptop to hammer out some mundane story about Taylor, you’ll feel a lot better, and so will music fans.