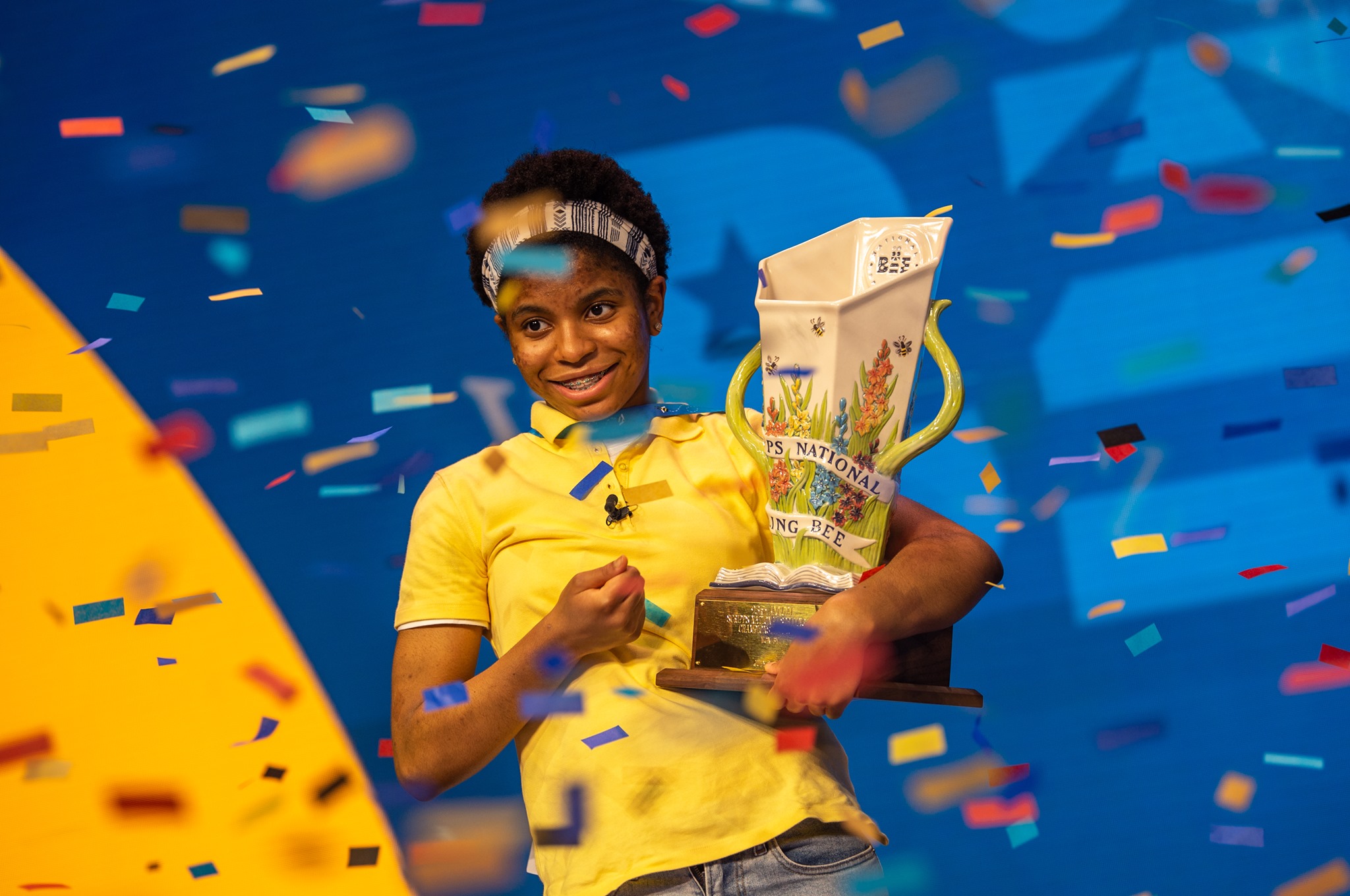 Zaila Avant-garde, a 14-year-old speller from New Orleans, is the champion of the 2021 Scripps National Spelling Bee.

Zaila (zah-EE-luh) Avant-garde earned the prestigious title in round 18, when she correctly spelled “Murraya” which is defined as “a genus of tropical Asiatic and Australian trees having pinnate leaves and flowers with imbricated petals.”

“Zaila demonstrated incredible mastery of the English language with poise and perseverance. The excellence of all of our competitors, their hard work and commitment to learning, and their distinct stories, capture hearts and minds across the globe,” said Symson. “We take great pride in the way the Scripps National Spelling Bee, like so many of its spellers, adapted through difficult circumstances over the last year to safely bring back America’s favorite and longest-running educational competition.”

Avant-garde is the first Black American to be crowned winner of the Bee. This was her second time participating in the national finals. The first was in 2019. An eighth grader at Clover Lane Homeschool, she was sponsored by New Orleans Chapter of The Links.

On her path to the 2021 championship moment, Avant-garde was one of 209 national qualifiers this year and advanced through three levels of virtual competition: The Preliminaries on June 12, the Quarterfinals on June 15 and the Semifinals on June 27.

The Finals of the 93rd Scripps National Spelling Bee took place on Thursday, July 8, at 8 p.m. ET with 11 Finalists. Avant-garde competed in a suspenseful nine rounds: eight spelling rounds and a word meaning round. The total number of rounds in the competition was 18.

As the country continues to emerge from the COVID-19 pandemic and communities and industries update associated guidelines, the in-person portion of the competition at ESPN Wide World of Sports was not open to spectators. Spellers and Bee officials followed health and safety protocols, including masking and physical distancing, throughout the event. Scripps also has consulted on COVID-19-related health and safety protocol with medical experts at Cincinnati Children’s Hospital Medical Center to facilitate a responsible experience for all.