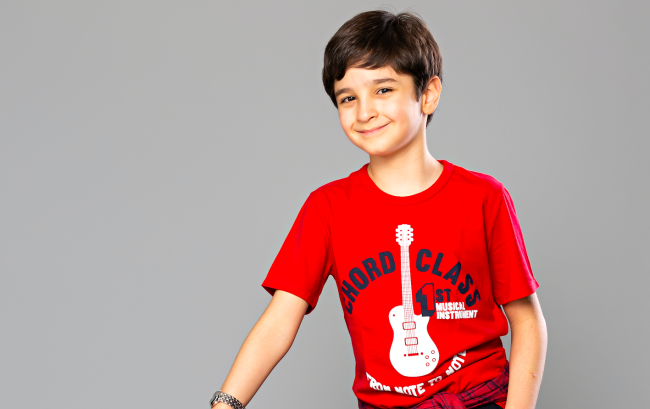 Mensa is the largest and oldest high IQ society in the world. It is a non-profit organization open to people who score at the 98th percentile or higher on a standardised, supervised IQ or other approved intelligence test.

Mensa is now welcoming 8-year-old Gustavo Saldanha who has become the youngest Portuguese-Brazilian member of Mensa.

Gustavo is a Beatles fan and a musical prodigy, who was offered a scholarship at Logos University from Florida.

Since his birth, Gustavo was remarkably different from other children. "He didn't get distracted easily, he didn't have the same interests as other babies", recalls the Doctor of Health Sciences, Luciane Saldanha, Gustavo's mother.

As soon as he learned to speak, the little boy began to show great passion for the music world.

At the age of 5, when he took part in a Mother's Day presentation, Gustavo discovered the Beatles and within a year he learned the English band's repertoire at great speed. In the same year, the little artist began to perform alongside Marco Mallagoli, president of the Fan Club Revolution in São Paulo and, in a short time, the boy's repertoire already included more than 50 Beatles hits. The child's list of skills has only grown over the years, he is currently able to play acoustic guitar, bass, electric guitar, ukulele, drums, keyboard and other instruments, in addition to singing. He also already owns 4 songs. Thanks to this passion, at age 6 he recorded his first album, with 14 hits from the band, currently available on Streamings.

In addition to his passion for music, Gustavo got involved with technology and, despite his young age, he is already able to install operating systems, transform the appearance of Windows into Apple and use the complex system of professional musicians, "Logic Pro", which was taught to him by conductor Anselmo Ubiratan, renowned musician, especially in the Beatles milieu. "Gustavo is intense, 1 year with him seems like 10 of so many achievements that happen and he is aware of his capacity", say his parents.

With an IQ of 140, the little Portuguese-Brazilian prodigy is currently the youngest member of Mensa, the international association of high-IQ people. With the support of the consultancy of Dr. Fabiano de Abreu, also a member of Mensa, Phd in neurosciences and one of the leading intelligence scientists with more than forty scientific articles published on the subject, Gustavo was advised to take the association test out of Brazil.

"The Brazilian association does not accept children yet. So, we did it internationally where it was approved. Now we follow several guidelines that, God willing, will bring future results for Gustavo's life", explains Luciane Saldanha.

The neuroscientist foresees great achievements for the future of the boy and is already working so that his abilities are recognized in several places.

"I'm linking him to Italian technology expert Mirko Lamberti, also a Mensa member and advisor at Logos University International." In his last great conquest, Gustavo was offered a scholarship at Logos University for his future. "The University wants the offer to be taken when the time is right", explains the neuroscientist.

For Dr. Fabiano de Abreu, Gustavo's case proves his thesis on the importance of brain plasticity, "Intelligence has a genetic precursor and the phenotype results in a development that suggests clues that can be passed on to the next generation. Hence the importance of educational level, reading, learning to develop a population", he details.

Music
Epiphone Partners with the B.B. King Family To Celebrate 'The King Of The Blues' With A Historically Accurate Signature Guitar

Television
Cardi B To Host The 2021 American Music Awards