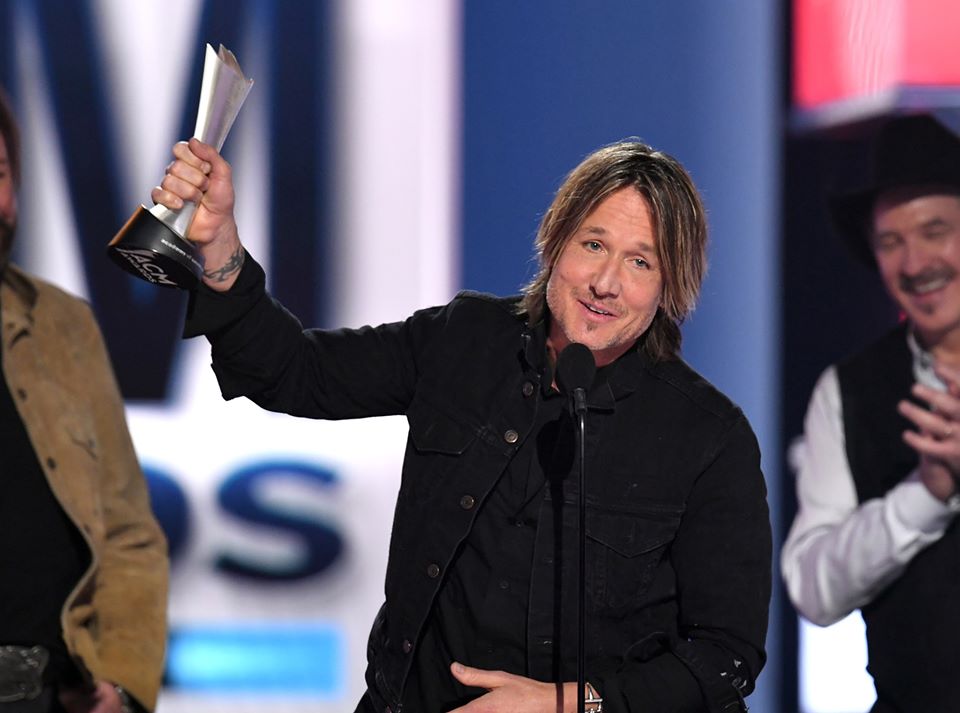 CBS and the Academy of Country Music® today announced that reigning ACM® Entertainer of the Year and 15-time ACM Award® winner Keith Urban will host the 55TH ACADEMY OF COUNTRY MUSIC AWARDS™, Country Music's Party of the Year®, honoring the biggest names and emerging talent in the country music industry. The awards show will be broadcast live from MGM Grand Garden Arena in Las Vegas, Sunday, April 5 (live 8:00-11:00 PM, ET/delayed PT) on the CBS Television Network and streaming live and on demand on CBS All Access. This will be Urban's first time hosting the ACM Awards.

"As if having a new song out today wasn't enough, I also get to host the ACM Awards in April," said Urban.  "I'll tell you – this year already feels like the most creative and energized year of my life... and there's so much more to come. Incredibly grateful – and ready to roll!"

"We are thrilled to have our reigning Entertainer of the Year as the centerpiece of our 55th ACM AWARDS ceremony. Keith epitomizes greatness in our industry and is beloved by fans and fellow artists, and I can't think of a better representative to be the face of our awards show and to help usher in a new era at the Academy," said Damon Whiteside, CEO of the Academy of Country Music.

"Keith Urban is the perfect choice to host the Academy of Country Music Awards," said Jack Sussman, Executive Vice President, Specials, Music & Live Events, CBS. "He's an incredible musician, a respected and revered member of the country music community and the music community worldwide, and our viewers love him. We're thrilled to have him lead Country Music's Party of the Year."

Nominations for the 55th ACADEMY OF COUNTRY MUSIC AWARDS will be announced today via CBS and ACM social media platforms and on ETonline.com at 8:30 AM, ET. ACM Award-winning artist Lauren Alaina, this year's ACM Radio Award National On-Air Personality of the Year winner Bobby Bones, ENTERTAINMENT TONIGHT's Cassie DiLaura and Kevin Frazier, CBS THIS MORNING's Gayle King, reigning ACM New Female Artist of the Year Ashley McBryde and more will announce select ACM Awards nominations categories via videos posted in real time to fans and media, simultaneously. The full list of nominations will be available on ACMcountry.com at 9:00 AM, ET.

2020 is set to be a groundbreaking year of music for four-time GRAMMY® Award winner Keith Urban. Today, he releases the brand-new single "God Whispered Your Name," which is expected to be followed by several international releases before an album release later this year. Three distinctive shows, each with its own production and set list, will highlight Urban's year on stage, including 14 concert events at Las Vegas' prestigious Caesar's Palace Colosseum, a European tour this May and select fairs and festivals later this summer.

While 2020 shapes up to be a big year for Urban, it follows one that saw him take home both the ACM and CMA Awards for Entertainer of the Year. He officially wrapped a nearly two-year stretch that began with the #1 simultaneous debut (U.S., Canada and Australia) of his ninth studio album, Graffiti U,and concluded with his critically acclaimed "GRAFFITI U WORLD TOUR," which played to more than one million fans in seven countries on three continents.

Urban has twice had an album simultaneously atop the all-genre charts in the U.S., Canada and Australia and is the only male country artist to have achieved the mark. He now stands at #8 on Billboard's All-Time Country Airplay Chart as the artist with the most consecutive top 10 songs on Billboard's Country Airplay Chart (38) – a streak that started in August of 2000.

The 55th ACM AWARDS will feature exciting performances, unprecedented collaborations, surprising moments and more to be announced in the coming weeks. Tickets for the 55th ACM AWARDS are available for purchase now at ACMawards.com.