Tune In: Frosty The Snowman & More On CBS This Holiday Weekend 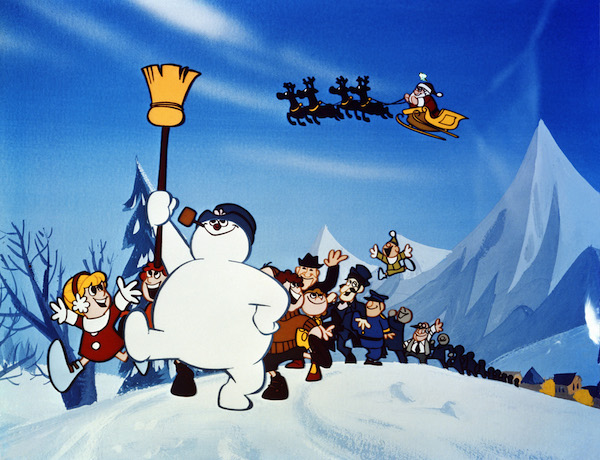 )Celebrating the 50th anniversary of this holiday classic! Frosty, that "jolly, happy soul" whose old silk hat full of magic has turned him into a musical Christmas legend, once again demonstrates his unique showmanship. Narrated by Jimmy Durante, the special also includes the voices of Jackie Vernon (as Frosty) and Billy De Wolfe (as Professor Hinkle). (Rebroadcast)

The magic still in his old silk hat, the holiday season's perennially popular original dancing snowman continues his adventure and skates on the edge of danger. Jonathan Winters is the narrator with John Goodman as the voice of Frosty. (Rebroadcast)

In the second of two 30-minute specials, Robbie battles Blitzen (voiced by Hugh Grant) in an effort to stop his nemesis's launch of a reindeer theme park. Britney Spears, James Woods, Leah Remini and Jerry Stiller are among the additional stars to lend their voices. (Rebroadcast)

Music
Get Into The Festive Spirit With These Holiday Tunes

Giving Back
Here's How You Can Give Back This Holiday Season

Television
Tune In: Dolly Parton: 50 Years at the Opry on NBC