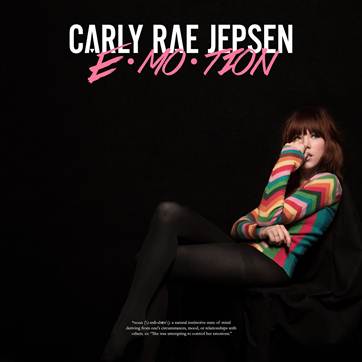 LATF The Magazine cover star, Carly Rae Jepsen will release her new album, E·MO·TION via Schoolboy Records/Interscope on August 21st in the U.S. The album will be available for pre-order from all retailers beginning June 23rd.  Those who pre-order will receive instant downloads of “I Really Like You," “All That,” and the title track, “Emotion.”  Fans will also be able to purchase the album as part of exclusive bundles that include special art prints, t-shirt designs and more.

"I took my time with this album and wanted to make a pop record that had heart to it.  I was lucky enough to work with some of my favorite writers and producers and together we made a collection of songs that I couldn't be more proud of,” says Jepsen.

E·MO·TION  is the follow-up to Jepsen’s U.S. debut album Kiss, which featured her blockbuster break-out hit “Call Me Maybe.” “Call Me Maybe” climbed to No. 1 on the iTunes Singles charts in over 47 countries and has sold over 17 million singles worldwide to date. It earned Jepsen 2012 GRAMMY nominations for Best Pop Solo Performance and Song of the Year. Kiss also spawned the follow-up hit “Good Time,” a duet with Owl City, which has been certified double-platinum. Jepsen spent much of 2014 starring in the Broadway production of Rodgers & Hammerstein’sCinderella, earning rave reviews.