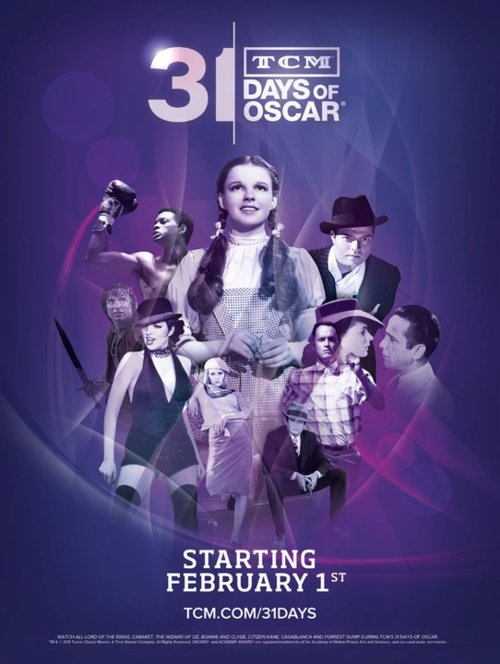 Programming each night, starting February 1 and running through March 3, will feature a chronological “History of the Oscars®” through Academy Award®-nominated films highlighting at least one Best Picture winner. Additionally, daytime programming will focus on distinguished films of a particular genre, from adventure to comedy, drama to romance, westerns to musicals.

The 87th Oscars will be held on Sunday, February 22, 2015, at the Dolby Theatre® at Hollywood & Highland Center® in Hollywood, and will be televised live on the ABC Television Network at 7 p.m. ET/4 p.m. PT. The Oscars, produced by Craig Zadan and Neil Meron, also will be televised live in more than 225 countries and territories worldwide.

Additionally, fans are able to watch TCM live whenever and wherever they want via http://www.tcm.com/watch and the Watch TCM mobile apps by logging in with a user name and password provided by their TV service provider. Watch TCM features live streaming of the network, industry leading in-depth movie information, as well as more than 300 titles available on demand each month.