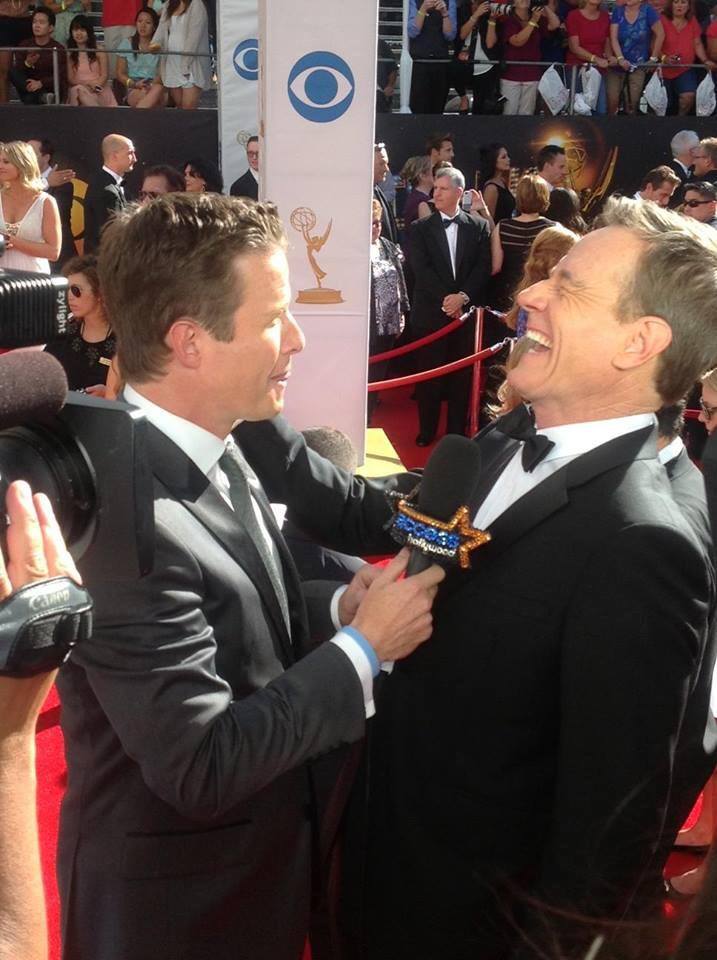 Fashionistas, TV Junkies and Social Media Mavens unite as they anxiously anticipate Monday’s telecast of The 66th Emmy® Awards. Access Hollywood’s very own Billy Bush will be hosting The 66th Emmy Red Carpet Special alongside Access’ Shaun Robinson and Style Reporter Louise Roe airing on Monday, August 25th at 7:30PM ET/4:30PM PT on NBC. In addition to interviews with the hottest celebrities and talented nominees, NBC is partnering with Facebook to elevate its social media presence during the live half-hour Emmy Red Carpet Special by giving fans the opportunity to engage with their favorite talent.

Billy Bush will premiere the Facebook Mentions Box, a digital device that populates Facebook fan questions, which will then be asked to celebrities on the red carpet.  The red carpet at the Emmys will be the Mentions Box debut!

Rob Silverstein, EP of Access Hollywood, Access Hollywood Live and The 66th Emmy Red Carpet Special states: “Access Hollywood prides itself on delivering the most entertaining and most comprehensive coverage of entertainment news and this Facebook partnership allows our fans to have direct access to their favorite celebrities on one of the most important nights in Hollywood.”