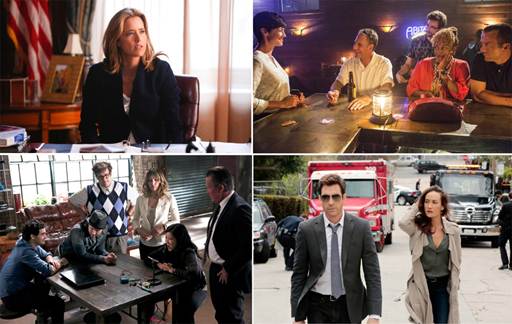 CBS has given full season orders to all four of its new dramas, including the #1 and #2 new series of the season, NCIS: NEW ORLEANS and SCORPION, Sunday's #1 scripted broadcast, MADAM SECRETARY, and the time period-winning suspense thriller STALKER. These pick-ups include three of the top four new shows launched on television this season, and three series that rank among the top 15 of ALL prime time programs.

The four freshman dramas, along with the Network's returning hit series and NFL THURSDAY NIGHT FOOTBALL, have helped CBS win the first four weeks of the season for the sixth consecutive year, with growth of +5% over the comparable period a year ago.

"These four shows have had an immediate impact on our schedule by improving nights, winning time periods and adding more hours of success across our primetime line up," said Nina Tassler, Chairman, CBS Entertainment.

Television
"Stalker" Is A Thrilling Suspense-Filled Series For CBS