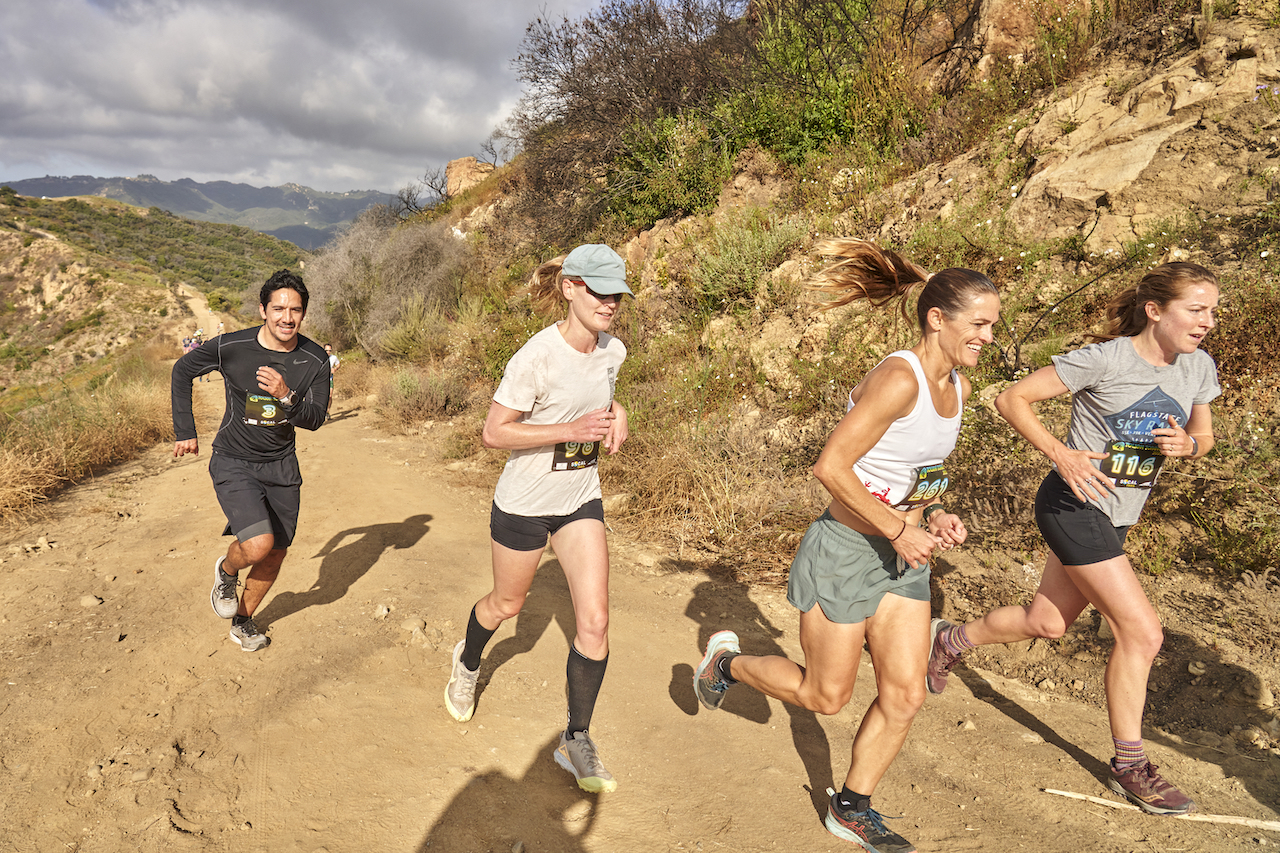 It’s not easy to produce live sporting events. It’s not easy to produce live events, period. Anything can happen and the event producers have to be prepared for whatever challenges come their way. But, what really makes a triumphant event is if a majority of the attendees walk away with a smile on their face, already looking forward to the next one.

I’ve witnessed my fair share of race events in Southern California, but I can count the number of successful race productions on one hand… actually, three fingers.

SoCalTrail is one of them. As I walked to my car after last Saturday’s Tough Topanga 10k, not only was I beaming, but everyone around me was too.

A solid trail race really comes down to the community that runs it and Daniel Weissauer understands that wholeheartedly.

“We’ve been trying to build a community with the tour of LA that we’re doing. There are about 13 gatherings. We’re trying to make it accessible for everybody. Races can be intimidating. It’s not always affordable or in their budget. So, we’re putting on free organized runs. We mark the trails and a team of about eight run leaders come out. All different speeds. Those turnouts have been great with about 60 to 100 attendees, welcoming people into the group,” Daniel told LATF.

Daniel and his wife Tina Weissauer are at the helm of the SoCal Trail race series. Both avid runners, Daniel started producing races around 2010. Essentially apprenticing with Generic Events, he realized that he had a knack for the industry.

“I wanted to make my life all about running, so I offered to help out at the races and then got a job with them,” Daniel added. 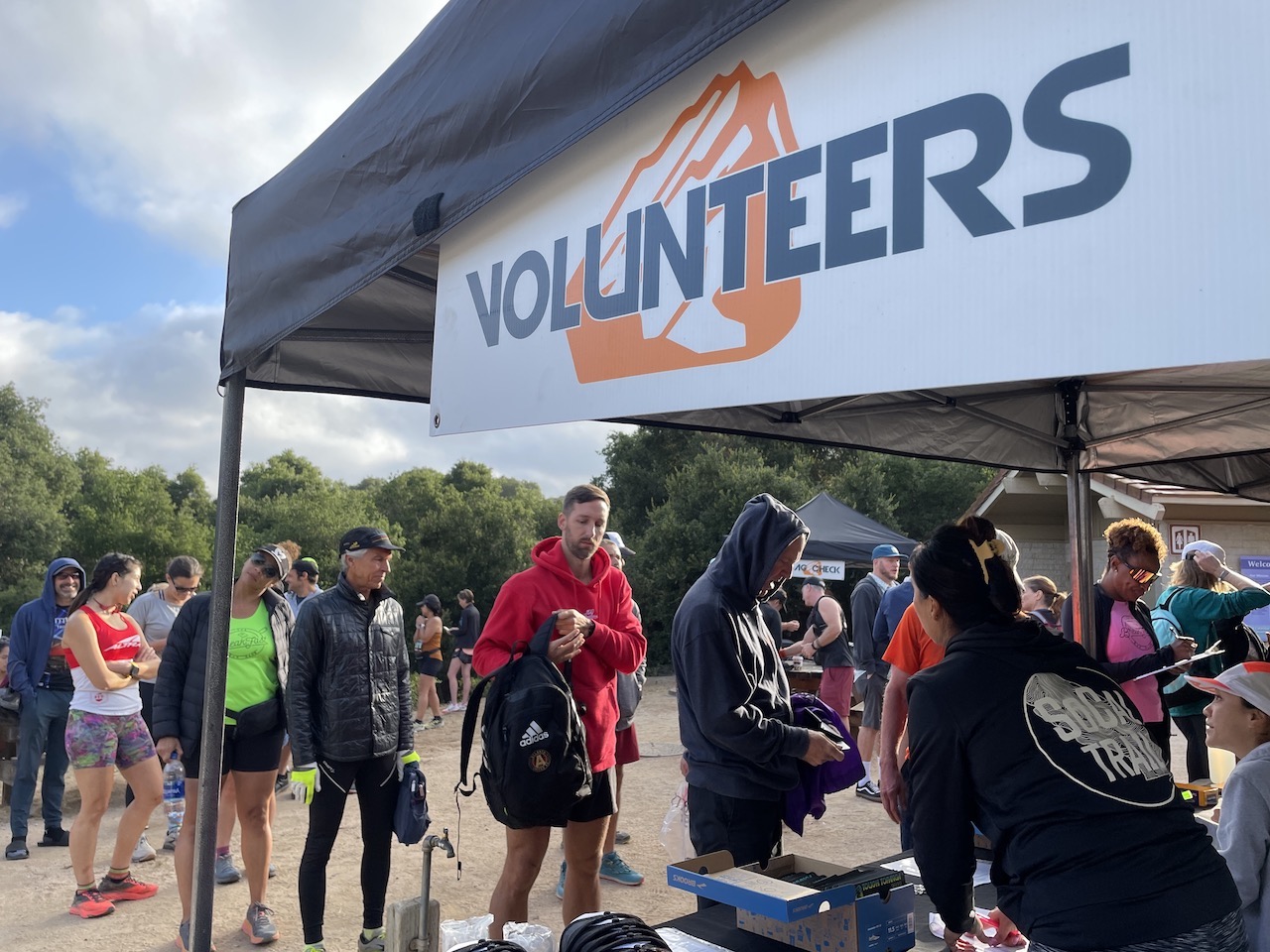 Runners picking up their race bibs bright and early!

Now, Daniel and Tina are building their own race empire with SoCal Trail, produced with Blindhund Athletic Productions.

“We moved up to Topanga and found out about this race. It was a total grassroots race. We were out here and said ‘Let’s bring it back.’ The old race director wasn’t doing it anymore,” Daniel said.

The husband and wife duo basically resuscitated the race event, bringing it back in full force. After overcoming the trials and tribulations of the COVID pandemic; suffering from price increases and reluctancy from runners to return, it was clear on the morning of Tough Topanga 10k 2022 that race registrations were no longer an issue for them. They saw 50% returning runners and even 50% new registrations.

Over 240 runners from all walks of life and running speeds came out, whether it was for the Hiker’s Delight, the downhill flyer prize, a podium position or just the delicious beer and tacos.

Fully immersing themselves in the event, Daniel was happily pouring free beers for the race finishers and congratulating each runner. 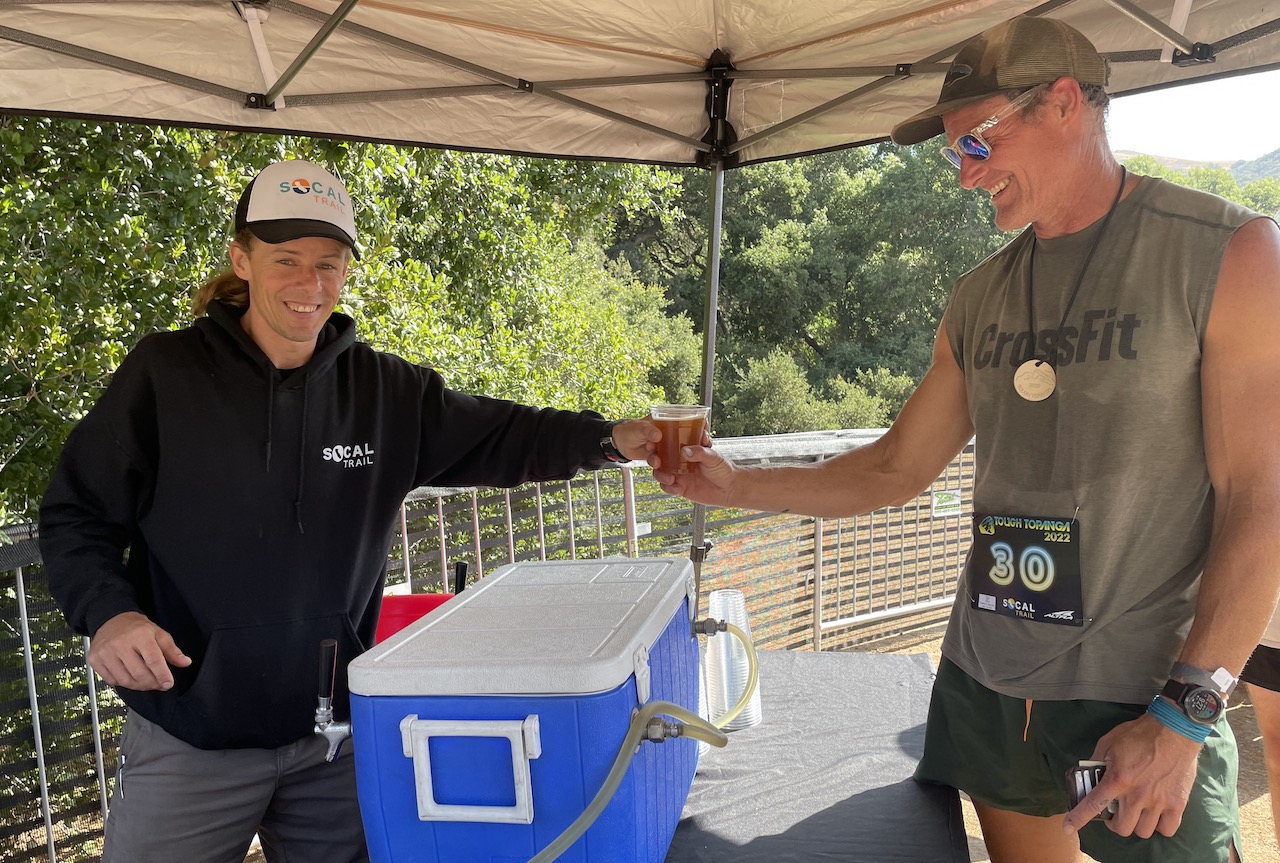 Since May and through to August, they are offering runners to join in on their Tour of Los Angeles, which includes group trail runs, course previews and races with incredible prizes.

Next up, you can register for:

The SoCalTrail race series can be a goal for a beginner or competitive runner. Train with local runners and build your endurance together.

Daniel’s best training advice: run 10x for 20 second intervals at a slight incline. Do that twice a week.

As for 85 year-old John Williams, who has been running Topanga races since 1982, his secret to trail running for a lifetime is “Cold beer at the end and a small trace of insanity. A bit of insanity in the family helps.”

Come for the views, stay for the beer and tacos. 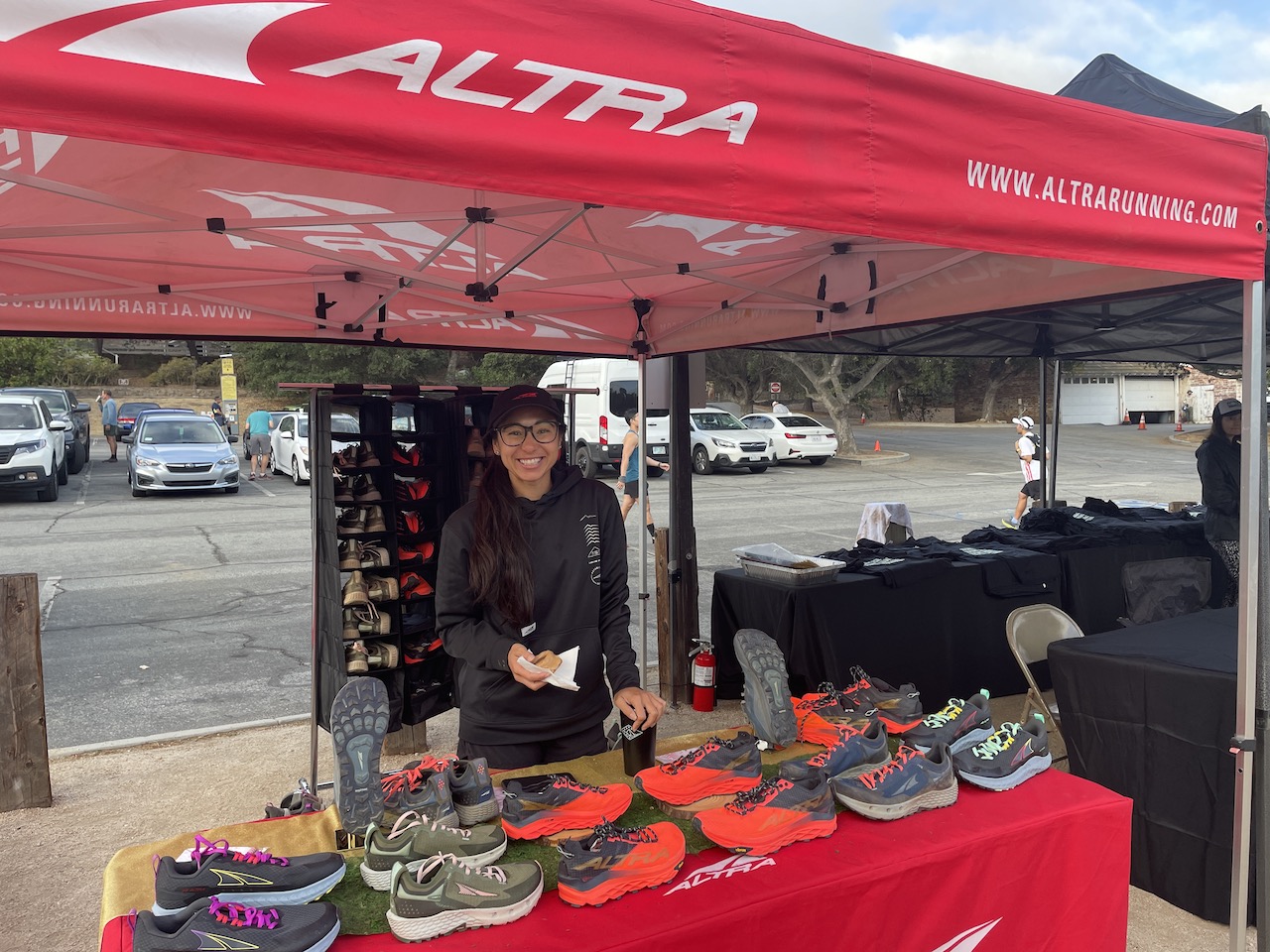 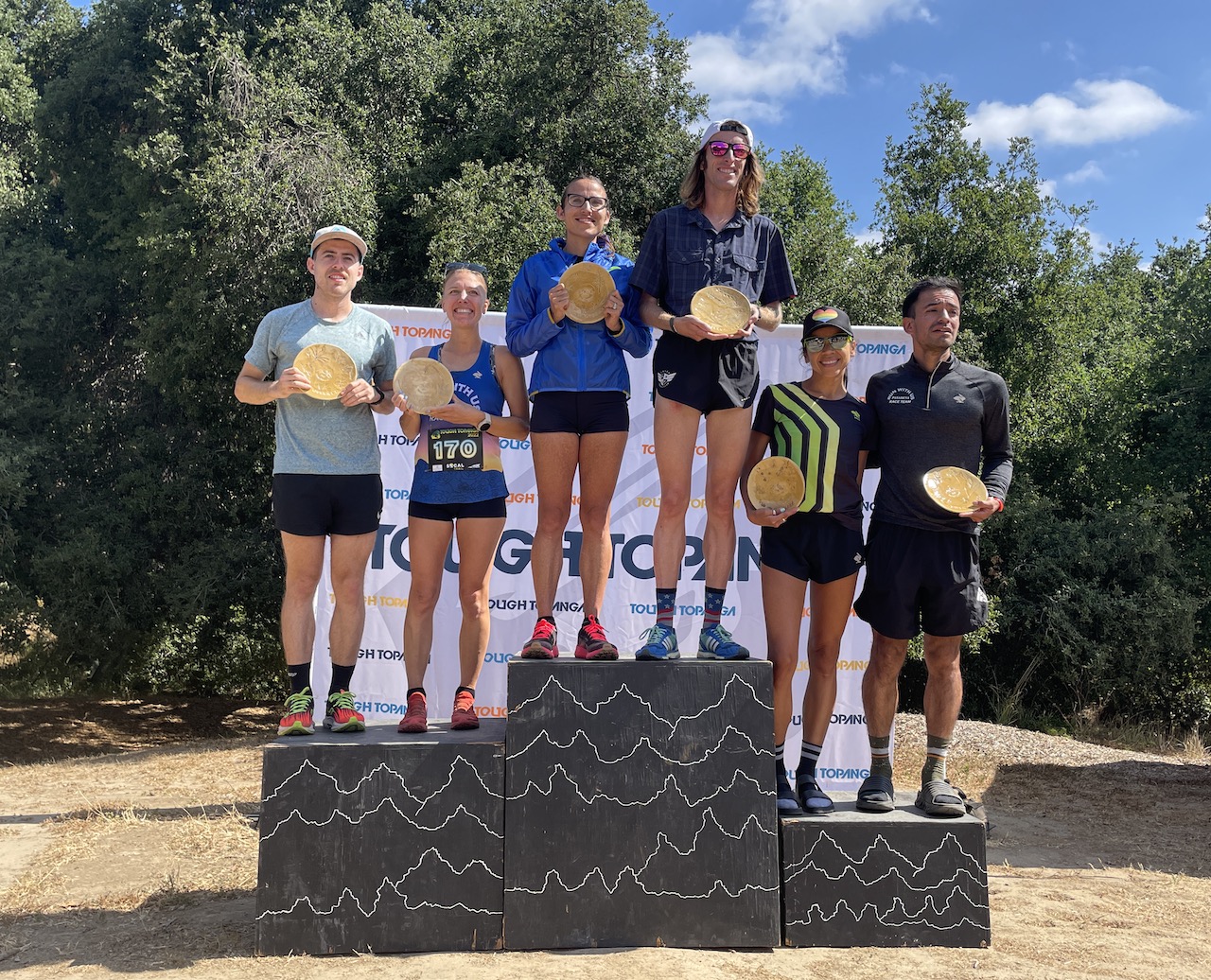 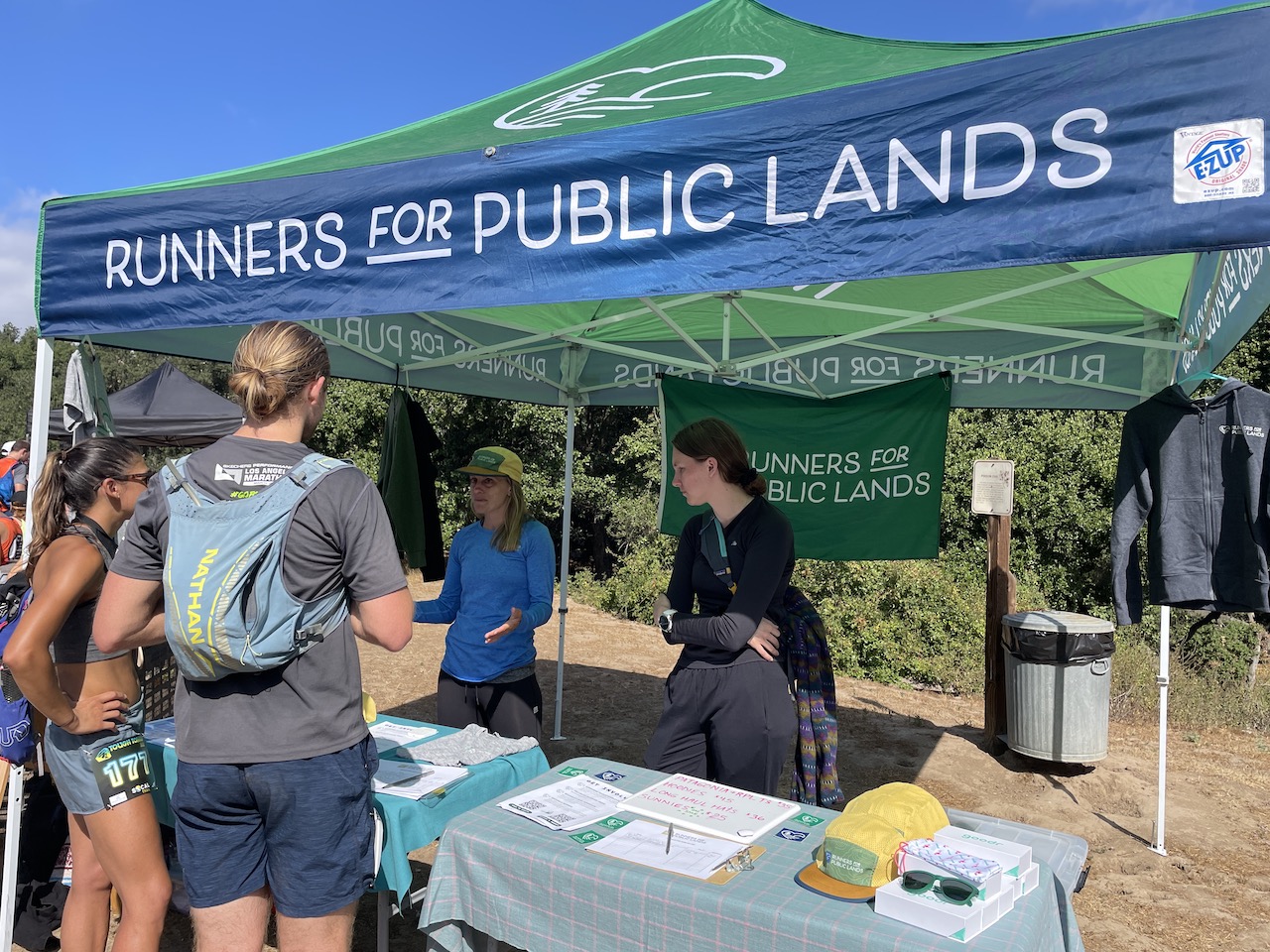 Vendors spreading the good word at the race! 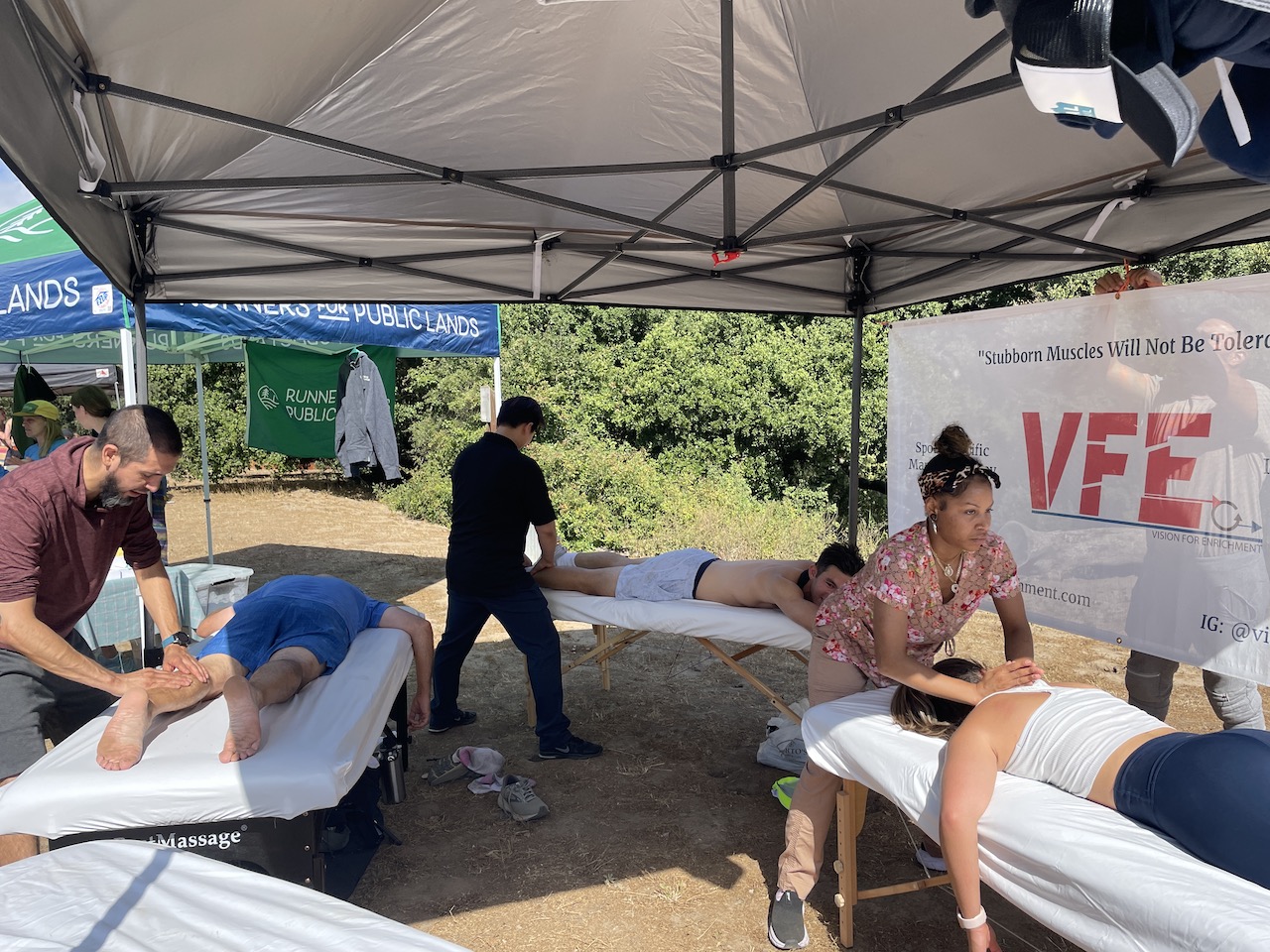 Massages on-site to work out those sore muscles! 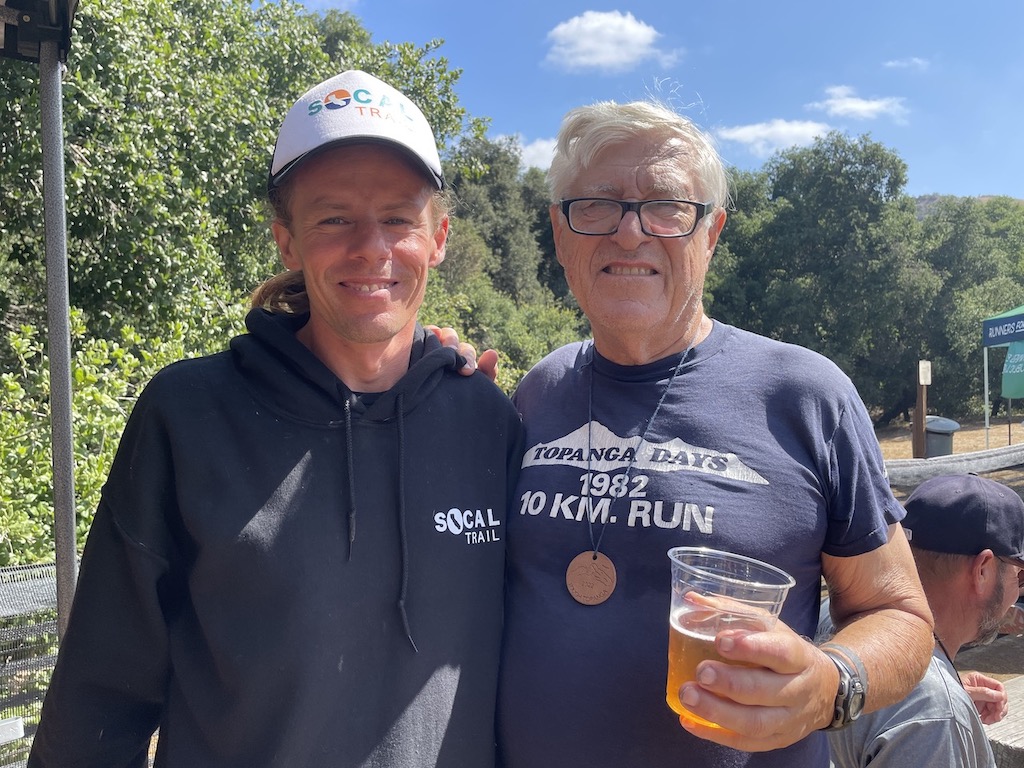 Cheers to the next race! Daniel & John Williams