Diplo & Tyler, The Creator To Perform At 2021 American Music Awards 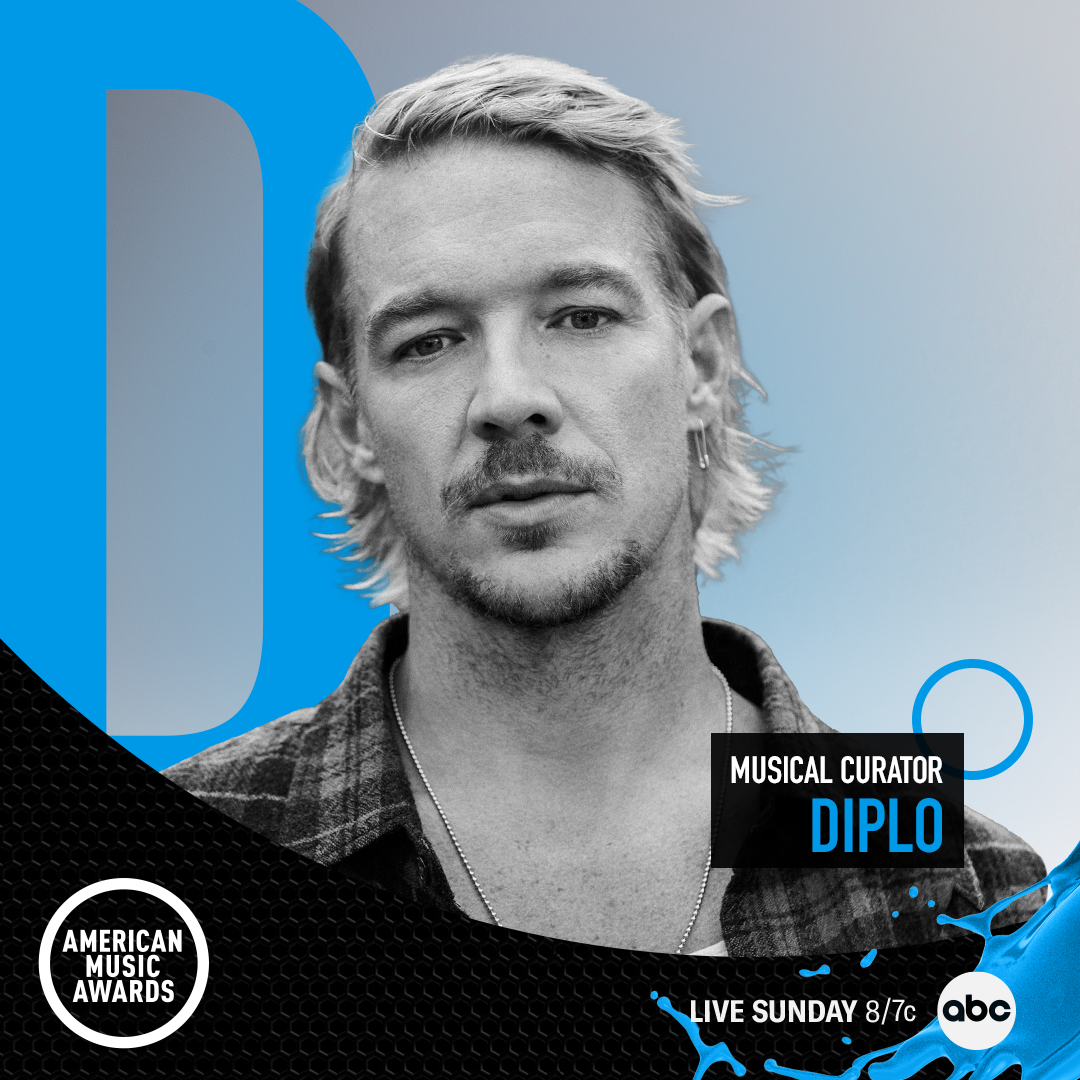 ABC and MRC Live & Alternative today announced additional performers set to take the stage at the "2021 American Music Awards," the world's largest fan-voted awards show. With Cardi B in her hosting debut, the AMAs will air live from the Microsoft Theater in Los Angeles on Sunday, Nov. 21, at 8:00 p.m. EST/PST on ABC and streaming next day on Hulu.

Dance music titan and AMA winner Diplo will take on a special role and serve as the first-ever AMAs musical curator, DJing his iconic tunes throughout the night.

Italian rock band and first-time AMA nominee Måneskin will make their U.S. awards show debut when they perform their billion+ streaming and global No. 1 hit "Beggin'" at the AMAs. The band could take home their first AMA trophy for Favorite Trending Song, a new category with nominees from TikTok based on the year's most viral songs.

Country music star Mickey Guyton will take the stage for her AMAs debut with a can't-miss performance of her newest unifying single, "All American."

Rapper, producer and songwriter Tyler, The Creator will perform at this year's AMAs following the release of his sixth studio album, "CALL ME IF YOU GET LOST," which debuted at No. 1 on the Billboard 200 Chart.

Country singer and AMAs nominee Walker Hayes marks his AMAs debut with a performance of his smash song, "Fancy Like," which is nominated for Favorite Country Song.

This year's new AMA Song of the Soul Moment will celebrate the power of music and the artists that use their voices to inspire change and enable progress, providing a global platform to highlight the impact of their music. The segment will honor 19-year-old German singer/songwriter Zoe Wees who uses her music as an outlet to shine a light on mental health topics. She will bring her powerful lyrics and voice to the AMAs as she performs the empowering "Girls Like Us."