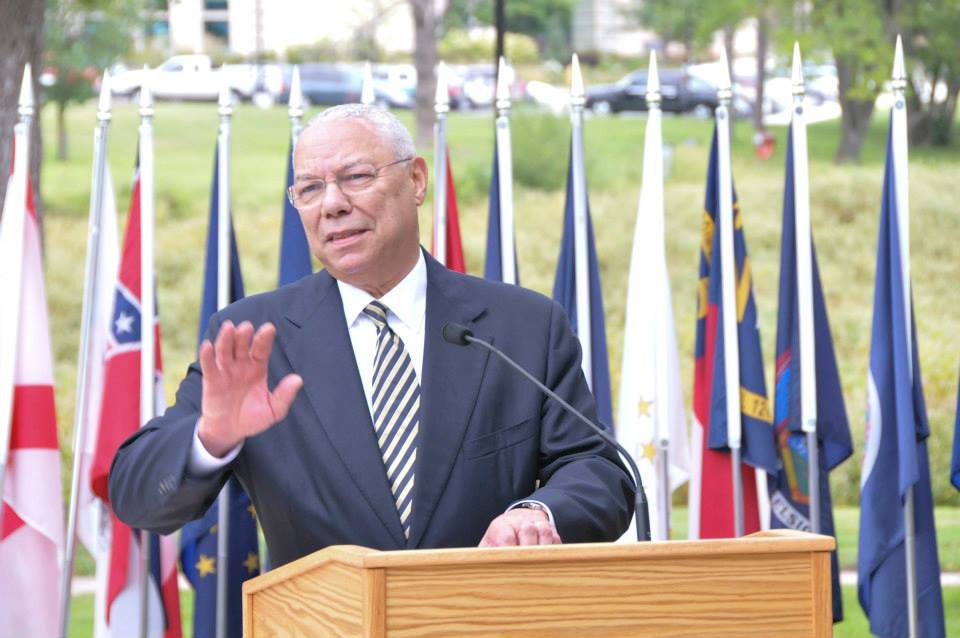 For over fifty years, General Colin L. Powell, USA (Ret) devoted his life to public service. He held senior military and diplomatic positions across four presidential administrations.
Powell died at the age of 84 from complications due to COVID-19, according to reports. A source familiar with the matter said Powell had multiple myeloma, a cancer of plasma cells that suppresses the body's immune response.
"We have lost a remarkable and loving husband, father, grandfather and a great American," the family said.

The son of Jamaican immigrants, Powell was born in Harlem in April 1937 and was raised in the South Bronx. He was educated in the New York City public schools and after graduating from Morris High School attended the City College of New York where he earned a Bachelor of Science degree in Geology. It was not until he joined the Army ROTC program at CCNY that he discovered his calling and launched his military career. He received a commission as an Army second lieutenant upon graduation in 1958 and went on to serve in the United States Army for 35 years, rising to the rank of Four-Star General.

From 1987 – 1989 Powell served as President Ronald Reagan’s National Security Advisor. He served from 1989 – 1993 as Chairman of the Joint Chiefs of Staff for both President George H.W. Bush and for President Bill Clinton, and was not only the youngest officer and first ROTC graduate to ever serve in the position but also was the first African American to do so. During his time as Chairman, he oversaw 28 crises to include the Panama intervention of 1989 and Operation Desert Storm in the victorious 1991 Persian Gulf War.

Under President George W. Bush, Powell was appointed the 65th Secretary of State and was unanimously confirmed by the U.S. Senate. As Secretary of State, he led the State Department in major efforts to address and solve regional and civil conflicts.  He used the power of diplomacy to build trust, forge alliances and then help transform these unstable regions into areas where societies and cultures have the potential to prosper. He also worked at the forefront of American efforts to advance economic and social development worldwide.

President George W. Bush said in a statement, "Laura and I are deeply saddened by the death of Colin Powell. He was a great public servant, starting with his time as a soldier during Vietnam. Many Presidents relied on General Powell’s counsel and experience. He was National Security Adviser under President Reagan, Chairman of the Joint Chiefs of Staff under my father and President Clinton, and Secretary of State during my Administration. He was such a favorite of Presidents that he earned the Presidential Medal of Freedom – twice. He was highly respected at home and abroad.  And most important, Colin was a family man and a friend. Laura and I send Alma and their children our sincere condolences as they remember the life of a great man."